Updated Opening Information for Pollo Campero on 355 in Gaithersburg

The upcoming Pollo Campero at 426 N Frederick Rd is now expected to open by the end of August (representatives from the Lakeforest location originally told us that the new store was expected to open on July 17). Lakeforest currently has signage up announcing the relocation. 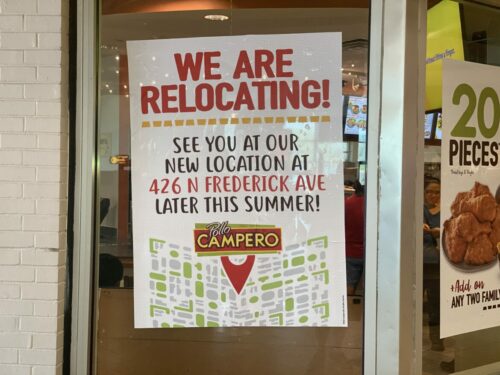