Updated from being for sale to being sold in January 2021.

The Montgomery Village home that Vince, Linda, and Shane McMahon resided in the late 1960s and 70s was sold earlier this year.

According to Wikipedia, the McMahons moved to the home in 1969. Vince focused on wrestling while his wife Linda worked as a receptionist at the Covington & Burling law firm as a document translator. 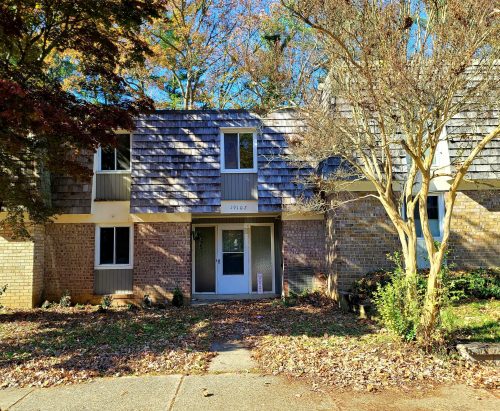 Back in 2016 we wrote: “When Vince McMahon Sr. wanted to expand the then-WWWF further down the east coast, he sent his son Vince McMahon Jr. down to D.C. to run operations. Since Vince and his wife Linda couldn’t afford to live in the city, they lived in Gaithersburg. On January 15, 1970, Shane Brandon McMahon was born in Gaithersburg. About 5 years later, they moved back and forth between Connecticut and Gaithersburg until finally moving to Connecticut full-time in the early 80s.”

In recent years, Linda McMahon ran two unsuccessful Senate campaigns before being appointed the head of the Small Business Administration from 2016-2019 by Donald Trump. Vince McMahon remains the Chairman and CEO of World Wrestling Entertainment.

You can view the Redfin listing here!

The Joint is Coming to Montgomery Village

Document translator? What other languages does Linda Mcmahon speak?