In July 2020, Washington Football Team owner Dan Snyder announced the team was going to officially change its nickname and logo.

A little over a year and a half later, the Washington Football Team will be revealing it’s new name– live on the Today Show, which starts at 7am on Wednesday morning.

So what’s it going to be? Last week we explained why it likely wouldn’t be the Red Hogs, despite a couple tweets making the rounds. Tonight, we’ll explain why all signs point to Commanders– the favorite going into tomorrow morning’s announcement.

On January 5th, the team released another episode of their Making the Brand series on YouTube. In the video, Jason Wright shows Coach Rivera a helmet with the new logo, which is blurred out, but many were able to catch it by zooming in on the reflection in the window. 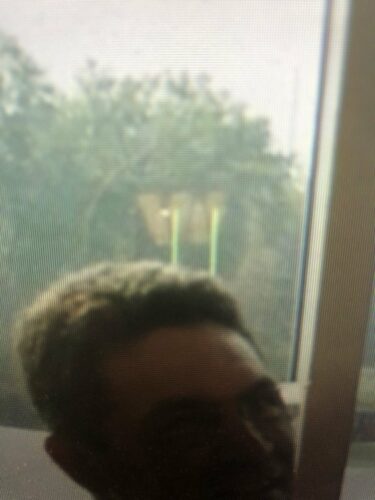 Then, NBC Sports Washington displayed an unedited version of a clip from Making The Brand, which showed a patch that not only included Commanders, but also DCFC (presumable football club). Nothing else we have seen has included the DCFC part of the patch. 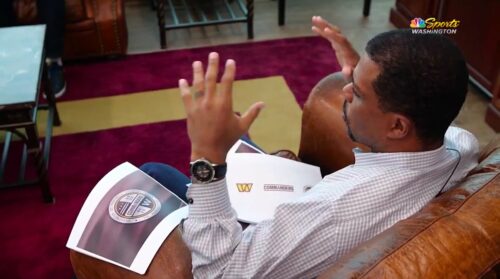 On January 26th, Twitter account @LarryLegendBTW tweeted that commanders.com transferred from Namecheap to MarkMonitor, which is supposedly the company the NFL uses for all of its domains.

The https://t.co/yrU1fTNObC domain was transferred from Namecheap to MarkMonitor (same company NFL uses for all their domains) as of 7:34pm EST today.@WashingtonNFL | #WashingtonFootball | #WFT pic.twitter.com/ru53FDSqR4

How you feeling about the Washington Commanders?

Today, a bunch of apparel leaks can be found all over Twitter. The two shirts below seem to be made by Nike.

These are the two images that seem to be the most real looking. pic.twitter.com/tWjRbyj9vs

All signs point to Commanders unless the Washington Football Team has masterfully misdirected the world…which is highly unlikely.

Meetings Being Held In-Person to Address Progress of...

Washington Commanders Announce the Return of the Marching...