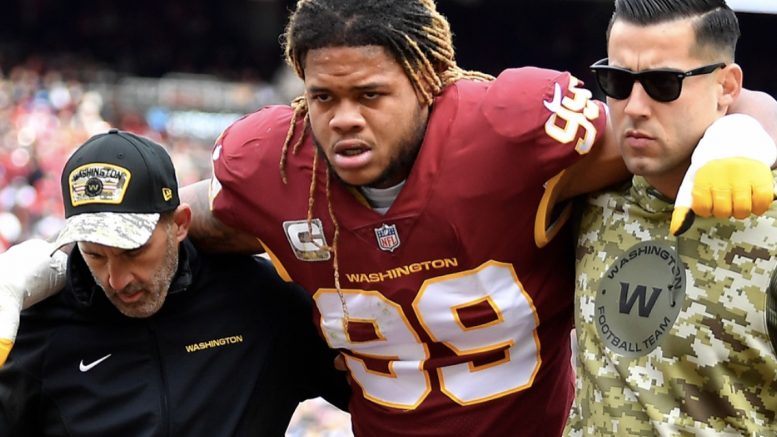 The Washington Football Team out together the type of performance our area has been waiting, beating Tom Brady and the defending Super Bowl Champion Tampa Bay Buccaneers 29-19.

In a rematch of last year’s playoffs, where the Football Team gave the Bucs their toughest game of the playoffs, Washington started off hot and never gave up the lead.

Taylor Heinicke went 26 for 32 for 256 yards and a touchdown while Antonio Gibson ran for 64 yards and two touchdowns.

Playing without starting defensive end Montez Sweat, who is out for a few weeks with a broken jaw, the team was expected to relay heavily on second year player Chase Young. Young, who has been dealing with criticism about his play this season after a strong rookie year, suffered a no-contact knee injury in the first half. Unfortunately, the injury is feared to be a torn ACL which would end his season.

The Washington Football Team travels to Charlotte to take on head coach Ron Rivera’s former team, the Carolina Panthers at 1pm on Sunday.