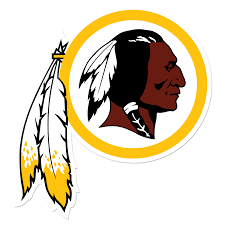 The Redskins seem to be stuck in mediocrity following a third straight season hovering around the .500 mark.

There are a lot of questions surrounding what the team plans on doing with starting quarterback and impending free agent, Kirk Cousins, but today we’re going to look at more than just the quarterback situation.

Quarterback
Kirk Cousins- 60% A third consecutive franchise tag or transition tag is the most likely scenario.
Colt McCoy– 15% Drafting a rookie in the early rounds and letting him sit behind Colt for a season or as many games as he lasts is definitely a possibility.
Rookie QB– 10% Many experts have the Redskins drafting a quarterback in the 1st or 2nd round.
A QB currently on the Vikings roster (Keenum, Bridgewater, McCoy)- 7% It’s uncertain whether the Vikings will end up keeping one or two of their quarterbacks, but one of them will definitely be available.
Alex Smith- 5% It seems as though Smith will be available through trade. If the Redskins let Cousins walk and Smith could be had for less than a 1st rounder, it could be a possibility.
Other- 2% One of the many free agent journeyman quarterbacks could be brought in for a year (Fitzpatrick, McCown, Hoyer, etc.) or maybe Brees moves on from the Saints? Neither options are very likely.
Jimmy Garoppolo- 1% While a franchise tag/long term deal with the 49ers is probable, theres a slight chance Kyle prefers Cousins. Can’t see this happening, but you never know.

Running Back
Samaje Perine: 30% Perine should flashes, but also lacked burst. I don’t think he’s the answer.
Rookie RB: 25% It’s very possible the Redskins address the running back position in the first three rounds.
Other Free Agent: 19% There’s a good chance a guy that’s not on this list comes in and takes the starting job next year.
Rob Kelley: 10% Many expected a big season out of Kelley, but injuries cut his season short. Even before the injuries, he didn’t show much.
Jerick McKinnon: 3% He has always done a solid job stepping in for the Vikings whenever he has been needed. He can also catch the ball out of the backfield.
Chris Thompson: 3% Thompson will still be a big part of the offense, but he’s had durability issues since college. I doubt they consider him as an every-down back.
Terrance West: 3% The Towson product got hurt and lost his starting job in Baltimore. He shouldn’t command big money in free agency.
Jeremy Hill: 3% He’ll only be 26 at the start of the season and had 29 rushing touchdowns from 2013-2016 (none last year).
Alfred Morris: 1% Alf looked good in Dallas last year. It’s doubtful he comes back, but I’m sure most would welcome him back with open arms.
Le’Veon Bell: 1% What if Lev feels disrespected by Pittsburgh’s unwillingness to give him big money long term and decided to bolt? We got Desean Jackson and Josh Norman when we wanted them, so making a splash isn’t new to us.

Wide Receiver Opposite Josh Doctson
I won’t be going into odds for this one because there are just too many possibilities. I’ll name a few, though.

Allen Robinson– Coming off of an ACL tear may knock a couple million off of his price tag.
Jarvis Landry– It would take a lot to get him here, but could be a great compliment to Doctson.
Rookie WR– I doubt we take another receiver in the first round and I don’t know if a second round receiver starts immediately.
Ryan Grant– If we draft a mid-round guy, we may see more Ryan Grant (also a free agent). I was pleasantly surprised with his production this past season.
Jamison Crowder- Best suited for the slot, he may be forced to play opposite Doctson if we don’t have a better option.
Sammy Watkins- He hasn’t been able to put together the dominant type of season that has been expected of him, but he remains an intriguing option.
Donte Moncrief- This signing would be very similar to Pierre Garçon coming over from the Colts in 2012.
Other- There aren’t many free agent wide receivers that would make a splash, but you can’t rule out guys that may be released or a Randle-El/Josh Morgan type of signing.

Andy is a 1976 graduate of B-CC. He went with local guys! Obviously he was joking, but it goes to show that this might be one of the most interesting off-seasons in the last few years!

Be the first to comment on "Who Will Be The Washington Redskins Starting QB, RB, and WR Opposite Josh Doctson in 2018/19"