In this afternoon update we’re sharing with you the latest calls from each local news station.

WUSA9 and ABC7 both have us in the 2-4” range. The most recent map from WUSA comes from later last night and we weren’t able to find a map from ABC, so we’re sharing an image that shows how much they expect for the area in general. 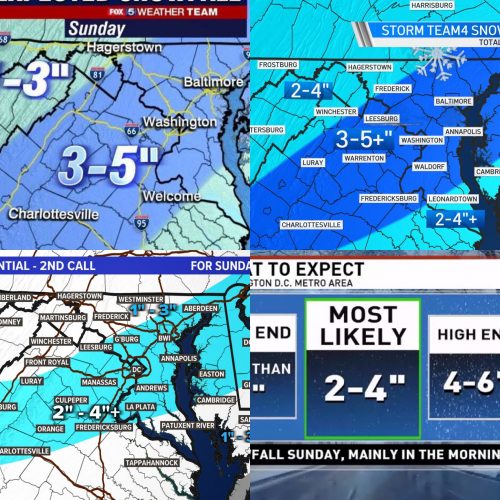 The Washington Post’s Capital Weather Gang has MoCo in the 1-4” range with boom and bust scenarios that (25% chance for each) of 4-8” and a coating-1 inch. 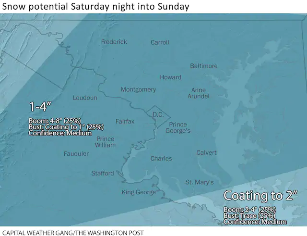 The National Weather Service has all of MoCo in the 4-6” range in their map. 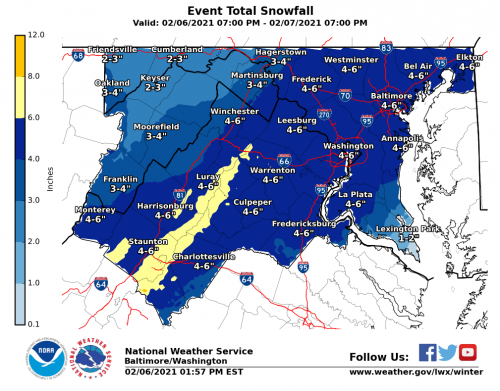 Snow is expected to move into the area between midnight and 3am. It’s expected to be at its heaviest between 6am-10am before moving out in the early afternoon.

If you plan on driving anywhere to pick up food for the Super Bowl, we recommend using caution as temps are expected to drop in the late evening and will make it down to the teens overnight into Monday morning.

We’ll likely have one more update for you tonight before bedtime!