“This storm feels like when Washington beat the Eagles to win the division.

It’s cool and I’m happy, but… it wasn’t what I was hoping for and it’s still somewhat disappointing.”

Largely disappointing with totals either just below or on the low end of projections, at least we got to see some of the white stuff.

With that said, we will see some flakes and frozen precipitation throughout the day and into the evening. The snow likely won’t be anything big, with less than in inch expected as seen below in these maps from the National Weather Services.

The problem could be the ice. We could see a tenth to a quarter of an inch in areas like Silver Spring, Burtonsville, and Olney. Less is expected in other parts of the county, but it doesn’t take much when it comes to ice so please use caution if you’re out and about today. 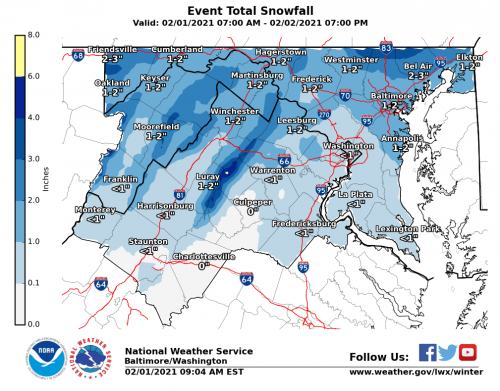 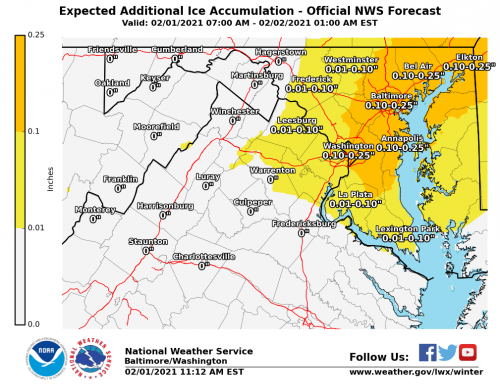 Peter Rosenberg, a MoCo Native, is Now a WWE Champion