In Rockville on Wednesday near the intersection of Wade Avenue and Edmonston Drive, an SUV crashed into a parked vehicle and flipped over onto its roof. The driver of the overturned SUV was briefly trapped, however she was uninjured after she was assisted out of the vehicle.

The Rockville City Police Department’s Public Information Division said that the woman praised her car and seat belt as the reasons why she was completely uninjured.

According to the Virginia-based Insurance Institute for Highway Safety (IIHS), good vehicle roof strength and side curtain airbags with rollover sensors are especially critical components of occupant protection during rollover crashes. Roof strength ratings and other crash tests can be viewed on the IIHS’s website.

According to the Maryland Highway Safety Office, in Maryland alone, crashes kill more than 120 unbelted drivers and passengers every year. People involved in crashes without seat belts are 67% more likely to sustain moderate to fatal injuries. 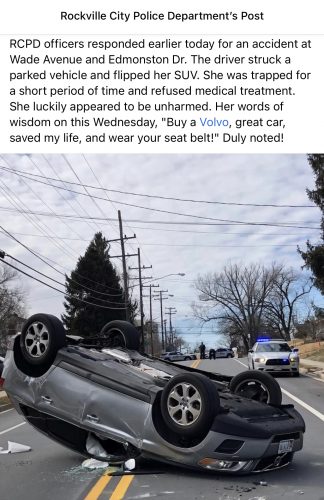 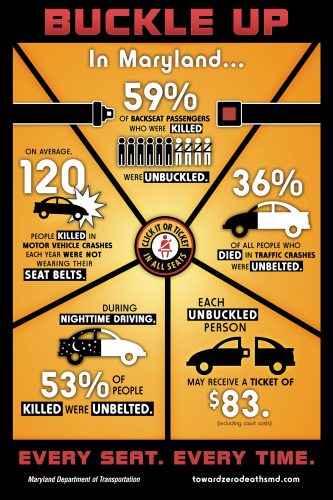 Virtual Forum on Rockville Town Center to be...

Resurfacing Begins at Section of I-270 South of...

HomeSense is Now Open in Rockville

Emergency Sinkhole Repair to Cause Major Delays on...

Sinkhole to Close Two Lanes on Southbound I-270...

Statement on the Departure of Deputy City Manager...