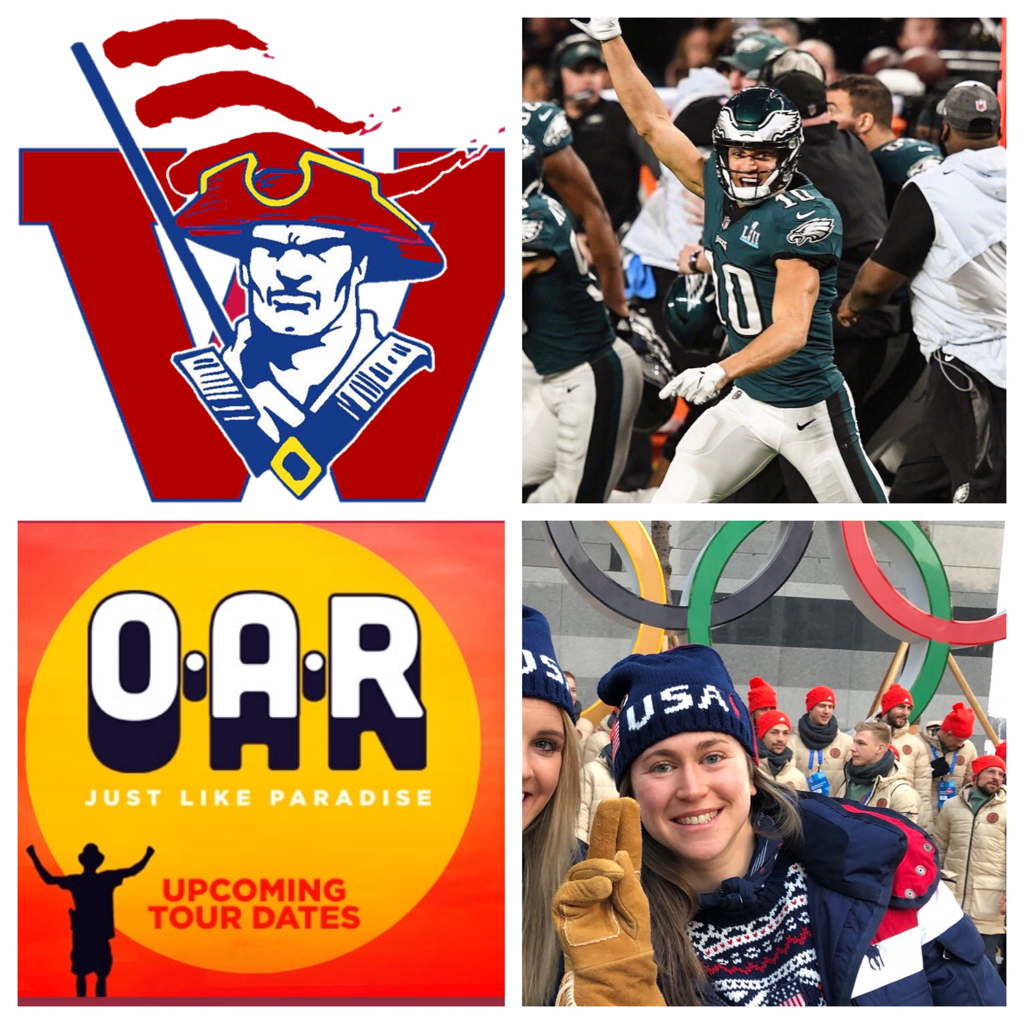 In the last month we have seen a few Wootton High School graduates do some pretty great things.

2011 graduate, Mack Hollins, won a Super Bowl ring with the Philadelphia Eagles in his rookie season after being drafted in the 4th round.

Four of the five members of O.A.R. graduated from Wootton (three of them in 1997 and one in 1998). The band has seen a 46% spike in Spotify streams between February 9th and 16th. This is because the International Olympic Committee banned Russia from this year’s Winter Olympics, but allowed individual competitors to participate under the name of “Olympic Athletes from Russia,” which has been shortened to OAR by commentators. 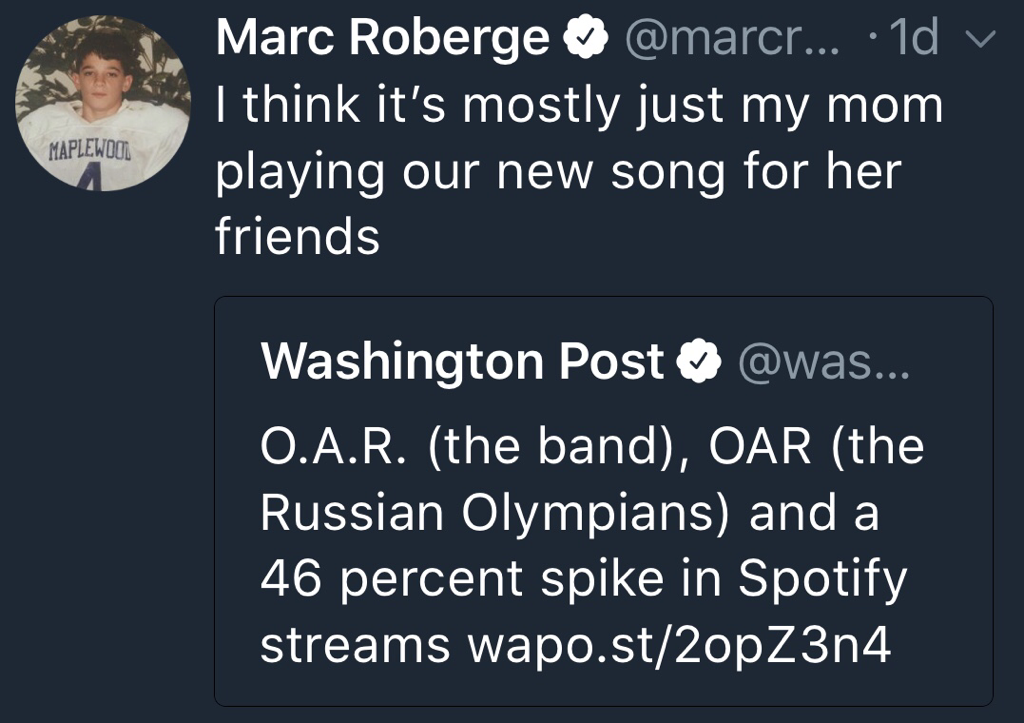 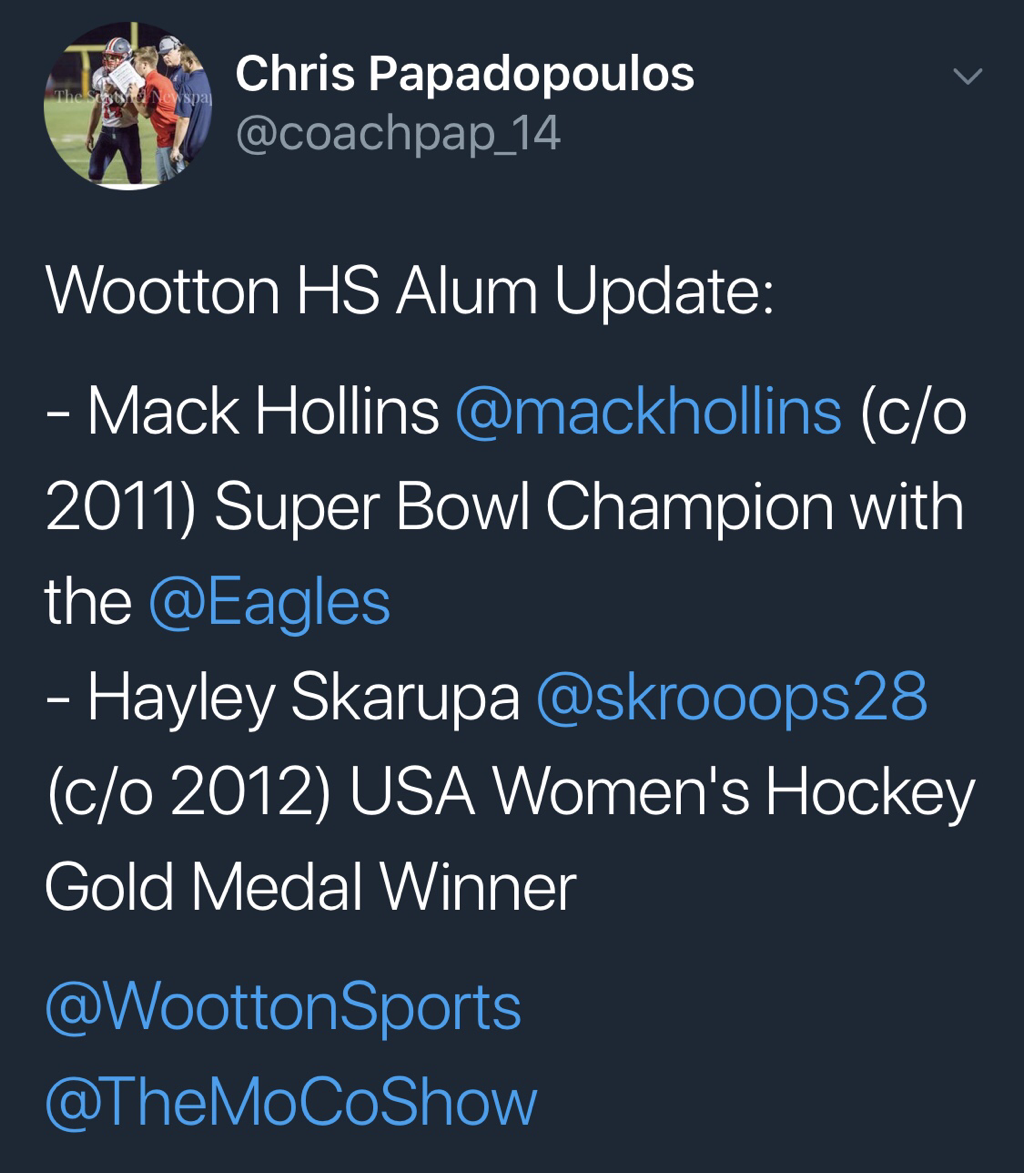