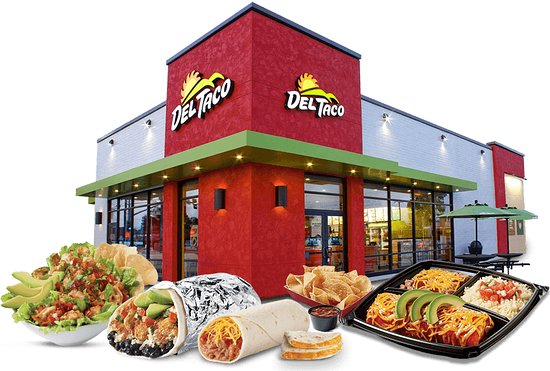 Del Taco, a fast food chain that specializes in American style Mexican cuisine, is making its way closer to our area after signing a deal to make Virginia it’s 17th state.

The deal calls for ten restaurants in Southern Virginia, including Virginia Beach, Norfolk, Newport News, and other surrounding areas.

Del Taco has most of its restaurants in California, but also operates in other western states (including Arizona, Colorado, Idaho, Montana, Nevada, New Mexico, Oklahoma, Oregon, Texas, Washington, and Utah), and has a handful of locations sprinkled around areas east of the Mississippi.

The full press release can be seen below:

Del Taco Restaurants, Inc. (NASDAQ: TACO), the nation’s second largest Mexican quick service restaurant*, has signed a deal with successful franchisees Bharat Patel and Steve Kissel of Virginia Taco, LLC (“Virginia Taco”) to open 10 units in the state of Virginia – a new state on the Del Taco roster. The deal will give the franchise group rights to open in Virginia Beach, Chesapeake, Portsmouth, Norfolk, Hampton, and Newport News and helps pave the way for additional growth in Southern Virginia and throughout the Carolinas.

“Since inception in 2000, we’ve been able to rapidly expand our portfolio to include household names such as Subway, Tropical Smoothie, Mahi’s and more and are thrilled to add Del Taco to that list,” said Bharat Patel, CEO of Virginia Taco. “Del Taco is an influential brand, so the opportunity to introduce it to the state of Virginia was one that we wanted to jump on immediately. We know that the concept, combined with our expertise in this market, is a great partnership and we look forward to seeing many years of growth ahead.”

With an extensive background in hotel development and having opened his first QSR franchise in 2004, Patel specializes in real estate and development as CEO of Virginia Taco, ensuring the company’s portfolio includes a diverse list of concepts that are scalable and influential. Known for his work with concepts like Cactus Jack’s, Aqua Social Club and Mahi’s Seafood, Kissel’s side of the duo lies within operations and making sure each restaurant and hotel runs smoothly with a dedication to customer service and experience.

“We’ve set our sights on expanding Del Taco’s presence throughout the broader Southeast region for several years now. Finding the right franchise partner in Southern Virginia, a new area for the brand to create raving Del Taco fans is just another fantastic step in realizing our expansion goals,” said Jeff Little, SVP of Development. “The team at Virginia Taco has an impressive track record and their values perfectly align with Del Taco’s, so the decision to partner with them to continue our growth in the Southeast was an easy one.”

Del Taco’s unique QSR+ positioning within the Mexican quick-service segment presents great growth potential for experienced multi-unit operators and private equity firms looking to diversify portfolios. With development areas open across the U.S., Del Taco is continuing to seek multi-unit operators who are looking for the opportunity to claim a territory and grow alongside the company, particularly in the Carolinas, Florida, Georgia and more.

Ichiban Restaurant in Gaithersburg to Close After Over 35 Years in Business on Sunday, September 12

Call Your Mother is Coming to Bethesda

Nothing Bundt Cakes Opens in Bethesda

2 Comments on "Beyond MoCo: California’s Del Taco is Coming to Virginia"