Press release from Frederick County Fire & Rescue: On Wednesday June 29, 2022, the Frederick County Division of Fire and Rescue Services was dispatched to a building fire at Camp Airy, located at 14938 Old Camp Airy Road, Thurmont, Maryland. A Frederick County Sheriff’s Office School Resource Officer as well as a Maryland State Trooper were first on the scene and confirmed smoke on the second floor of the structure and that the building was evacuated. Arriving fire crews located the camp’s dining hall with visible smoke and a rapid intervention dispatch, tanker task force, and second alarm were requested. The incident brought in over 100 firefighters from Maryland and Pennsylvania to battle the blaze. Fire and Rescue crews were able to isolate the fire to the dining hall and Camp Airy staff relocated all campers safely to a distant section of the property. The fire was brought under control in about three hours but numerous crews remained on scene for the duration of the day extinguishing hot spots.

As is normal for a fire this substantial, hot spots rekindled overnight and throughout the morning today bringing crews back out to continuously monitor and put water on it. Today, local construction company, W. F. Delauter & Son provided an excavator to assist with moving debris so that firefighters could access material that was still smoldering. Over 85,000 gallons of water was placed on the remnants of the structure to ensure it was completely extinguished.

The Frederick County Fire Investigations Task Force has remained on site since yesterday morning investigating and assessing damages. They will continue to work to determine the exact cause but have ruled out any intentional or suspicious factors. The building has been determined to be a total loss and damages are estimated to be around two-million dollars. The incident lead to no injuries and Camp Airy has continued to operate as normal.

Anyone interested in donating to Camp Airy, can do so here. 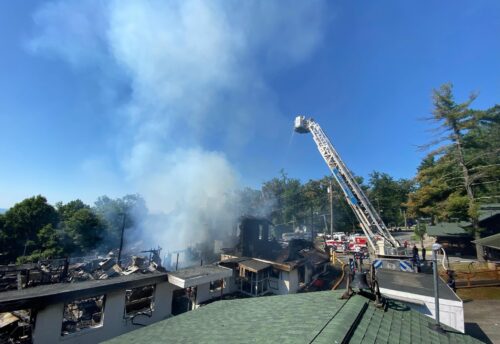 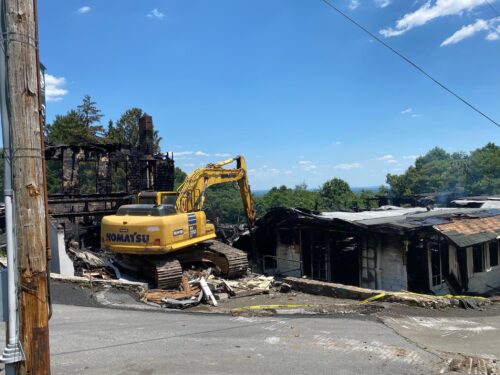 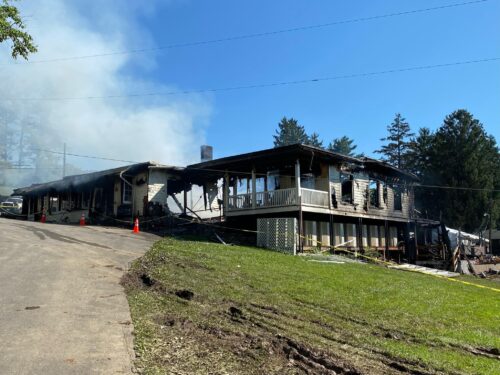 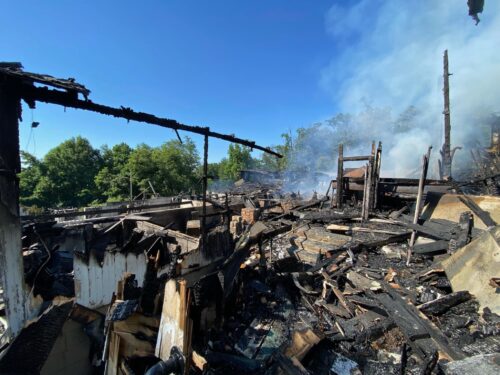 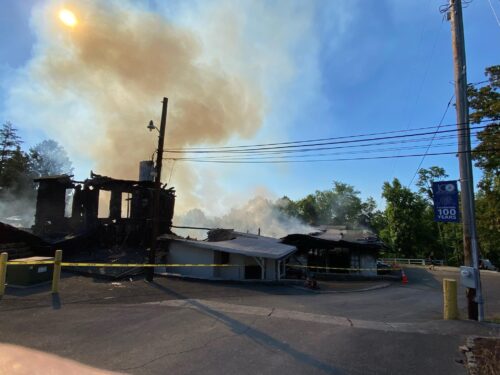 Happening Today: Minimum Wage Increases to $15.65 For All Large Employers in Montgomery County

One Adult Male and Two Children Transported to...