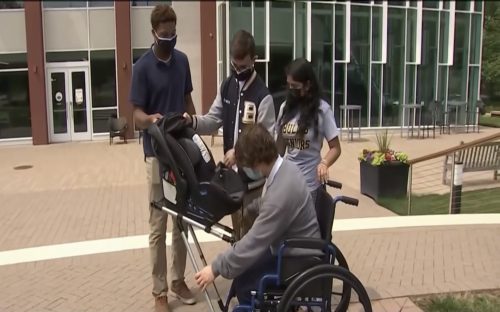 A talented team of ten high schoolers from The Bullis School in Potomac, Maryland, invented and created an award-winning wheelchair stroller. This device allows for people in wheelchairs to independently take babies on a stroll, which recently the invention won two international awards.

The “Wheelstroll” was inspired by Chelsie King, a middle school teacher at Bullis whose husband’s life changed after brain surgery. The procedure impacted Mr. King’s speech and balance, which lead to him using a wheelchair.

After the King’s found out they were expecting, they “immediately jumped into ‘Okay, how is he going to do certain things for our baby that normal parents don’t have to think about?’” King said. “And one of the things that we really couldn’t find was a way to enjoy walks with our son” (Interview with NBC Washington 4).

Mrs. King reached out to Matt Zigler, head of the school’s Innovation and Technology Lab, which teaches a class that creates objects for social good. The class interviewed the King’s family to better understand their needs. Class groups collaborated on design ideas, the end result was the combination of two designs to create one “superior” design.

The design created an attachment piece for the bottom/base of wheelchairs. Next, one would place the car seat into the attachment piece. Lastly, the baby would be buckled in before one would head out for a stroll. 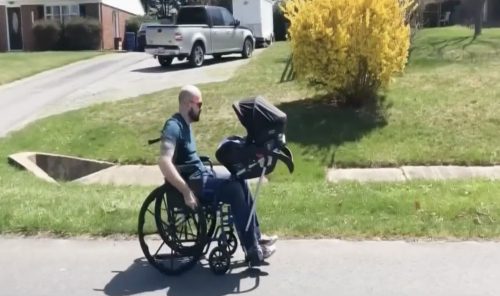 The high school class entered the 2021 international Make: Able Challenge Competition where the judges awarded the Bullis students both “Best Inspirational Story” and “Best Showcase of Iterative Design” for the 14-18 age group. The school will receive a new 3D scanner and a FIlamentive bundle pack as prizes. 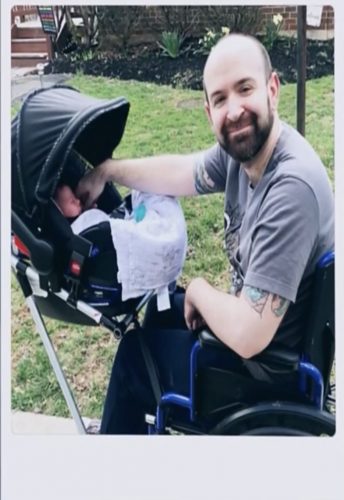 Now, Mr. King is able to independently take his son Phoenix on strolls. The King family found a new sense of appreciation for what many take for granted — a simple family stroll. They are very grateful for Mr. Ziegler’s high school students.

If someone you know could benefit from a “wheestroll,” you can contact The Bullis School on their website or call in to get connected.

Update on Chopt in Kentlands

Beyond MoCo: Officers On Scene For Shots Fired...