Per MCPD:
For Immediate Release: Wednesday, September 21, 2022
Detectives from the Montgomery County Department of Police – 4th District Patrol Investigations Unit have arrested 54-year-old Daisy Castillo Badillo, of Los Angeles, CA, for stealing $14,000 from a Montgomery County resident via a lottery ticket scam. Detectives encourage anyone who may be a victim to come forward.

On Monday, April 4, 2022, at approximately 3:38 p.m., 4th District officers responded to the 4000 block of Aspen Hill Rd. in Silver Spring for the report of a robbery that occurred earlier.

The investigation by Detective M. Vendemio has determined that an adult female victim was sitting inside of her parked vehicle in the1900 block of Veirs Mill Rd. in Rockville, when suspect one approached her and stated that he had a winning lottery ticket but did not want to claim it because of his alleged illegal immigration status in the United States.

Suspect two, later identified as Daisy Castillo Badillo, approached the victim and suspect one and offered to help them claim the ticket. The suspects contacted suspect three, who posed as an employee for a lottery company and informed them that they had to pay money in order to claim the lottery prize.

Suspect one then contacted suspect three to inform him that they had collected the money required to claim the lottery prize. Suspect three told the victim that she needed to provide three bills to ensure that she was financially stable and to confirm her identity. The victim then drove to her home, got out of her car and gathered the documents from her home. When she came out of her residence, the suspects had already left the scene with the victim’s $14,000. The suspects were driving a black Mitsubishi SUV.

Suspect one is described as a Hispanic male, with short black hair, approximately 25-years-old, 5-feet, 7-inches tall, 140 lbs, wearing jeans and a shirt with a white/black square design. The description of suspect three is unknown at this time.

On Wednesday, July 13, 2022, Detective Vendemio received a positive latent print hit from the law enforcement database identifying Daisy Castillo Badillo as suspect two. Detective Vendemio obtained a photograph of Badillo, which the victim positively identified as one of the suspects who scammed her.

Through his investigative methods, Detective Vendemio determined that Badillo lives in the 300 block of South Catalina St. in Los Angeles, CA.

Detective Vendemio worked in collaboration with the Los Angeles Police Department (LAPD) to arrange for Badillo’s capture. At the end of August 2022, LAPD officers apprehended Badillo at her home in Los Angeles.

Detectives believe that there may be additional victims that have not contacted police and urge any victims or anyone with information to contact the 4th District Patrol Investigations Unit at 240-773-5530 or contact Crime Solvers of Montgomery County toll-free at 1-866-411-TIPS (8477). Callers may remain anonymous. 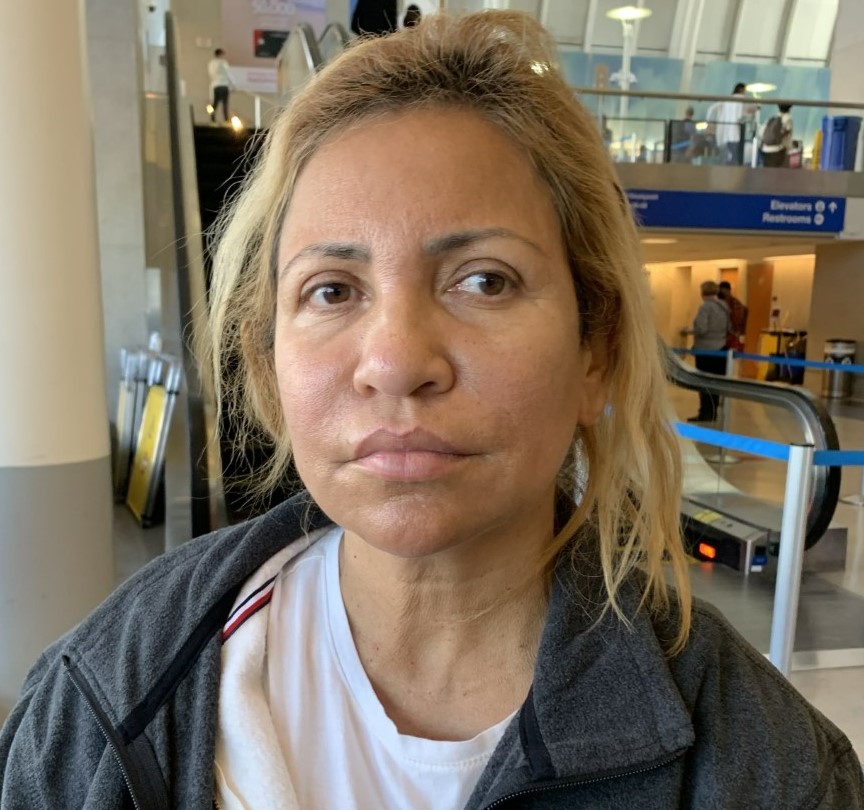 Police Seek Witnesses in Collision That Resulted in...

Man Hospitalized After Being Mauled by Dog on...