DSW (Designer Shoe Warehouse) will be closing its location at 910 Ellsworth Dr on January 22
and will be opening a new location in Ellsworth Place at 8661 Colesville Rd, according to a report by Source of the Spring. DSW will be taking over the space formerly occupied by Guitar Center and expects to open on March 24.  The Silver Spring Guitar Center closed back in January of this year, while the Rockville Guitar Center at 12401 Twinbrook Pkwy remains open.

We reported in November that DSW will be opening a new location in the Milestone Center in Germantown (20900-B Frederick Road), at the former home of Modell’s. The company currently has already has one store in Germantown, located in the Germantown Commons shopping center just under 3 miles away from the upcoming location. We were told there are no current plans to close the current Germantown location. 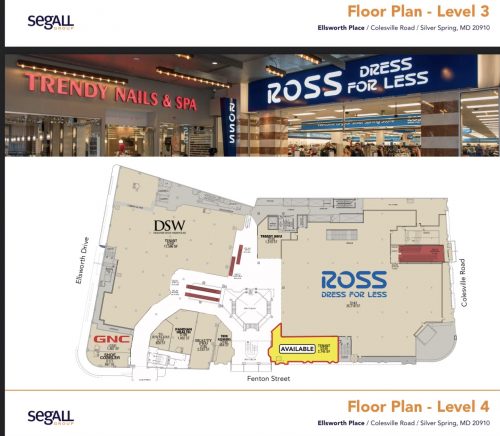 Seibel’s In Burtonsville Purchased by Owners of Chapala