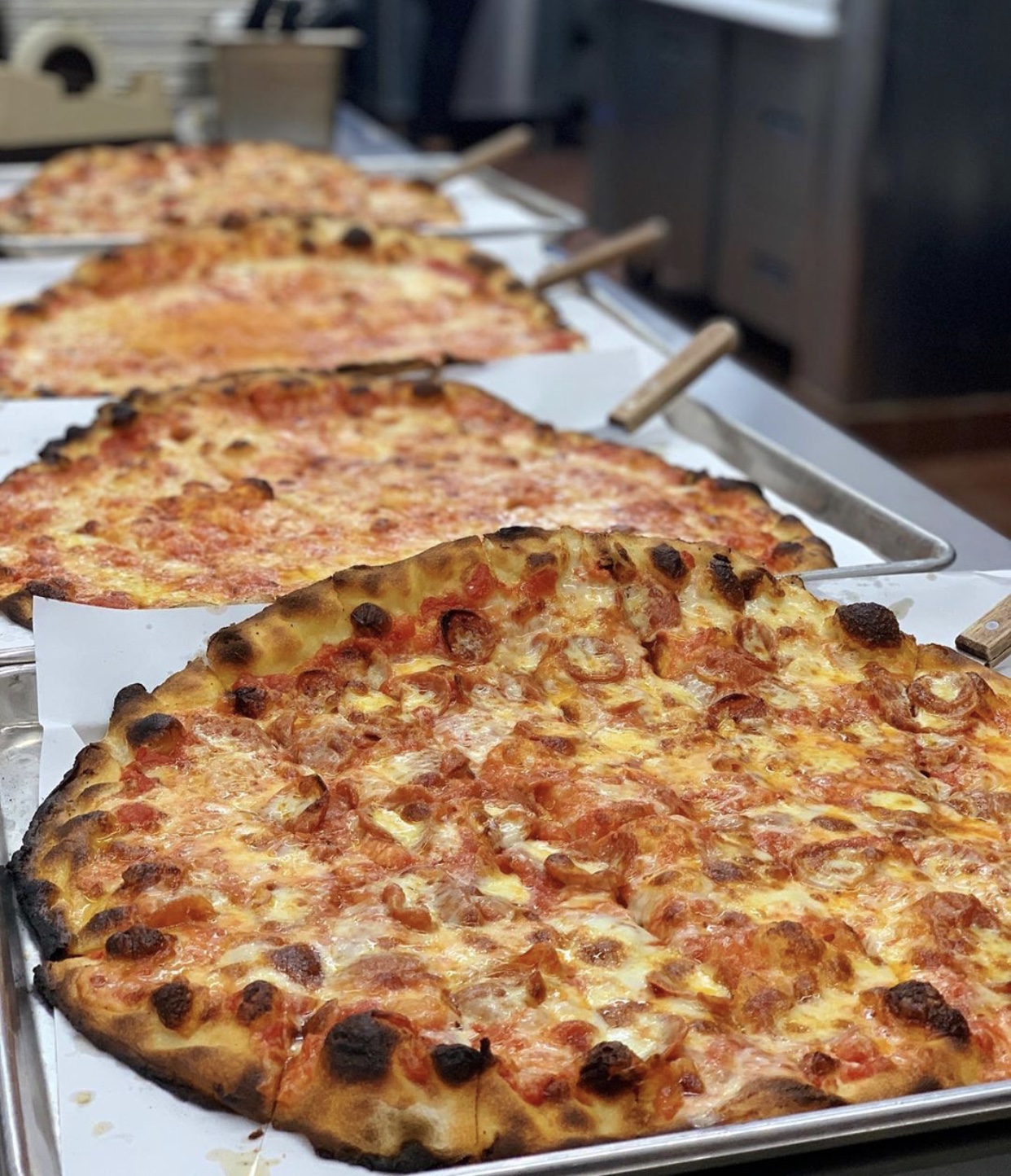 UPDATE: Bethesda Magazine has reported that Fran Pepe has delayed its plan to open in Montgomery Mall and that the restaurant is no longer expected to open in late 2020. No new date has been provided.

After a few days of rumors, WTOP’s Neil Augenstein has reported that Frank Pepe Pizzeria Napoletano is coming to MoCo!

In a tweet this morning, he wrote that Frank Pepe’s is opening a location in Montgomery Mall in late 2020.

This will be the first location outside of Connecticut, Massachusetts, New York, and Rhode Island. 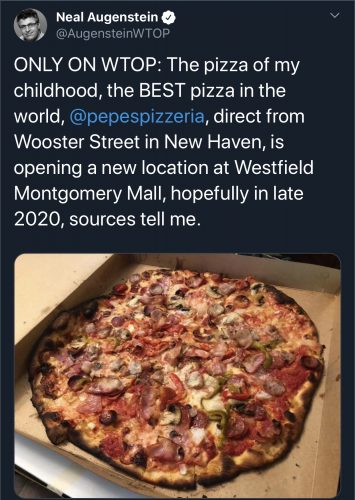 Per their website, Frank Pepe originated the New Haven-style thin crust pizza which he baked in bread ovens fired by coke. Coke is a byproduct of coal and it was used extensively until the late 1960’s when it became unavailable and hence coal was then put into use to fire the oven.

Pitango is Coming to MoCo

2 Comments on "Frank Pepe Pizzeria Napoletana is Coming to MoCo"