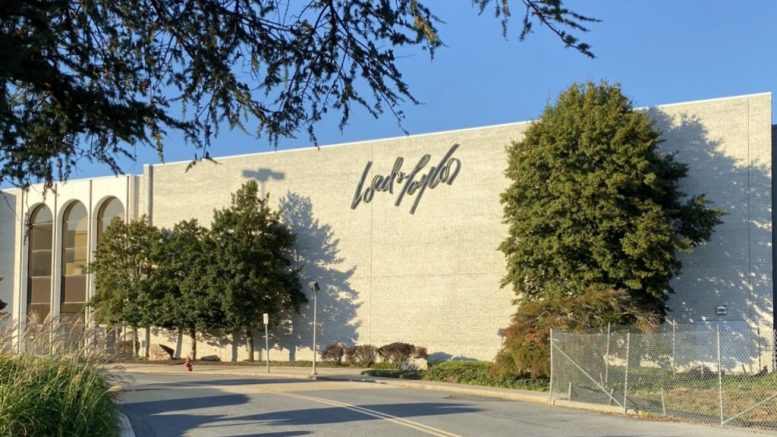 Back in May, we let you know that Lord & Taylor had announced plans to close their location in the former White Flint Mall area.

After months of inventory sales, it appears that this Lord & Taylor location has finally shut its doors for good. The parking lot is empty, this location is no longer listed on the Lord & Taylor website, and google lists the location as permanently closed.

When White Flint Mall first opened in 1977, Lord & Taylor was one of its anchor stores, along with Bloomingdale’s, and I. Magnin (later replaced by Borders Books).

In 2018, the White Flint Mall property was briefly under consideration for a new Amazon headquarters.

What can we expect for the future of the White Flint Mall property?

In 2012, it was proposed that the area would be redeveloped to have a large, open air plaza with residences, office space, and retail. A 2019 Montgomery Planning Board document has made references to this plan, in addition to discussing the possibility of a new elementary school, and an extension of a current park in the are. No updated plans or a timeline of this development are publicly available at this time.

The Eleanor Silver Spring to Close for the Winter This Sunday, 12/20