“Joe Tippett scored on a one-yard run and Jon Genua added the extra point to give No. 8 Damascus a 28-27 victory over No. 13 Annapolis in overtime last night.”

Now Joe Tippett has found himself starring in HBO’s Mare or Easttown, one of the most talked about mini-series’ currently on television.

Tippett, who graduated from Damascus High School back in 2000, has had many roles on television and on the big screen. You may have seen him on Boardwalk Empire, The Blacklist, Bull, Chicago Justice, Rise, Dirty John, Elementary, and many other popular shows and movies.

A public Facebook post by childhood friend Adam Callaway shares a fond MoCo memory of Tippett prior to the premier of the 2018 NBC series, Rise.

“In about 30 minutes, a dude I’ve been fortunate to call a great friend since we were scrappy little Damascus Cougar football teammates, plays Coach Strickland on NBC’s #rise – premiering at 10:00 pm.

Joe Tippett, I knew you were onto big things the moment you deliberately fell down the stairs at Barking Dog in Bethesda only to sell it as real. The reactions and laughter in that place were priceless. Ya sold it like a pro.

Proud of the work ethic you have shown honing one hell of a talent!

And yeah I admit, you were always the best on air guitar and vocals for How’s It Gonna Be back in the day too.”

In an interview with Playbill, after landing the role of Coach Sam Strickland on the NBC series Rise, Tippett credits MCPS’s Robyn Weinstein Paley with being his mentor. Paley currently leads the Theater Department at Loiederman Middle School for the Performing Arts.

The seven-episode miniseries Mare of Easttown, which stars Kate Winslet as a detective in a small Pennsylvania town investigating a local murder, will likely captivate you early on and lead you on a roller coaster of twists and turns. Tippett has earned rave reviews for his role as John Ross in the miniseries. 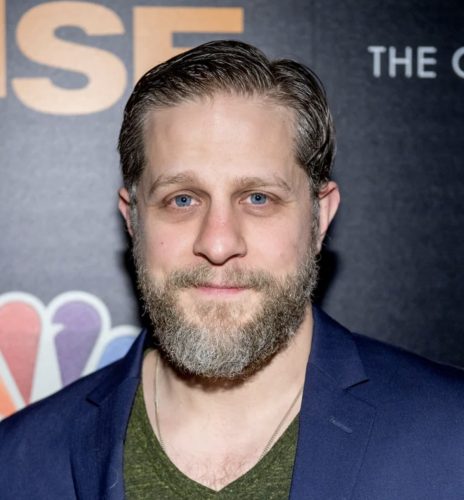 Welcome Back Message from MCPS

Damascus Takes On Oakdale For the 3A Maryland...

Ledo Pizza Gets a ‘One Bite’ Review From...

The Atlanta Falcons Come to Town With Plenty...