P.F. Chang’s has closed its Chevy Chase location permanently, according to the company’s website.

The American-based, Asian-themed restaurant moved furniture out at the beginning of April and removed the location from the company website in early April, according to PoPVille.

P.F. Chang’s closed its White Flint location in January of 2015, leaving the Chevy Chase location as the lone P.F. Chang’s in MoCo. 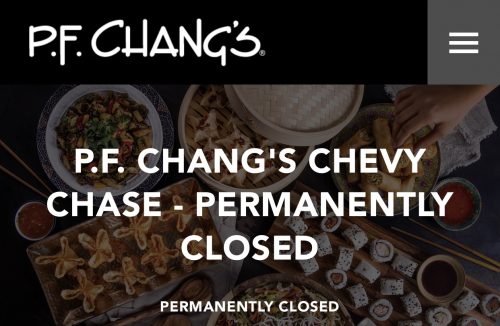