Montgomery County Chief of Police Marcus Jones held a press conference today where 28 minutes of bodycam footage from the July 16 shooting of Ryan LeRoux was shown.

LeRoux was shot and killed at the McDonald’s on Flower Hill Way in Gaithersburg after a standoff with police stemming from LeRoux’s refusal to pay for his food and leave the drive through lane.

Jones stated several times before showing the clips that you are watching from the view of the body worn camera, not the human eye of the officer.

In the footage you hear officers tell LeRoux to “unlock the door and put your hands up” repeatedly. There was also footage shown of officers seen laying spike strips in front of his vehicle.

Jones said that upon completion of the investigation, everything will be released and that he understands the importance of transparency.

Audio of the 911 call between LeRoux and a 911 dispatcher, and later an officer, was also shared.

While dispatch was on the phone with LeRoux he stated that his hands were up and sticking out of the vehicle’s windows, but officers said they did not observe that happening. The dispatcher noted that the crisis negotiator was en route from the 5th District (Germantown). After losing connection, officers attempt to reach LeRoux directly on his phone.

Police put a camera inside the McDonald’s drive in to try to get a better view of the situation and to see exactly where the gun was. A firearm and alcohol were seen on the front passenger seat.

The internal affairs investigation will begin after the criminal investigating is completed.

Video of the incident will be uploaded to the Montgomery County Police YouTube channel later today.

press conference regarding the release of body-work camera video from the July 16 officer-involved shooting that occurred in Gaithersburg. https://t.co/tb8of7IVWY 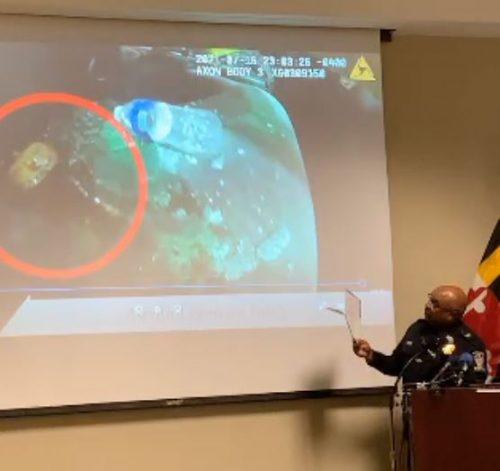 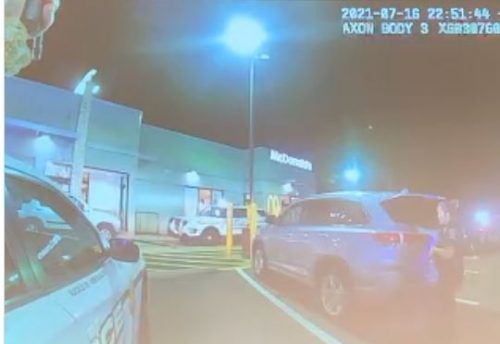 Students and Staff Required to Wear Masks This Fall at Montgomery County Public Schools, Regardless of Vaccination Status