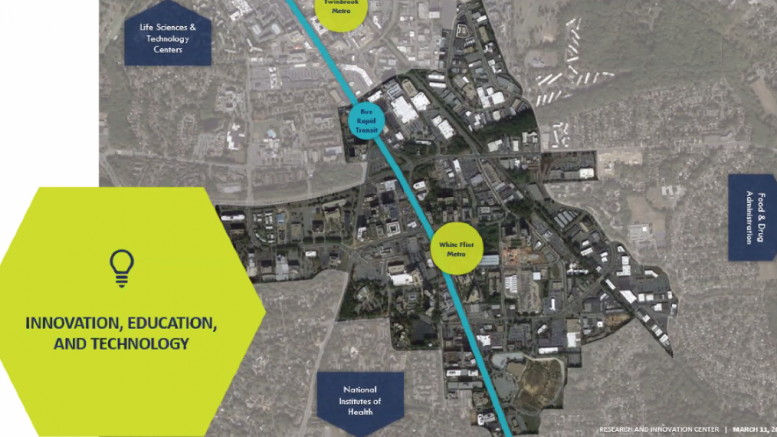 Tonight (Thursday), County Executive Marc Elrich addressed the White Flint community to share a plan that would bring a new Life Sciences Center for research, innovation, technology, and education to the area.

The Life Sciences Center would be built in the 15 acres of vacant land that are adjacent to the White Flint Metro station. WMATA is a partner in this project.

The initial enthusiasm for the possibility of Amazon coming to White Flint sparked a desire to have another technology center in the White Flint neighborhood.  Per Elrich, “If it was good enough for Amazon to consider, there must be something there… this is the place to make a play like this.”

In addition to work and education spaces, it was mentioned that the science center would most likely include new street level retail.

The timeline for this project has not been determined at this moment. There are not any lead developers, but Elrich shared that he has taken meetings with possible tenants and that “the interest is there.” There have been discussions with multiple universities, both in and out of state. (These universities were not named during the meeting.)

The hope is that this would bring more jobs to the area, and in turn, drive more innovation and industry around the county. Elrich stated “It would be nice to give the post-docs from NIH a place to go”– sharing a concern that some of the scientists who move to the county only do so temporarily.

During the meeting, the prospect of bringing an additional “smaller, hipper” center to the Twinbrook area as well. 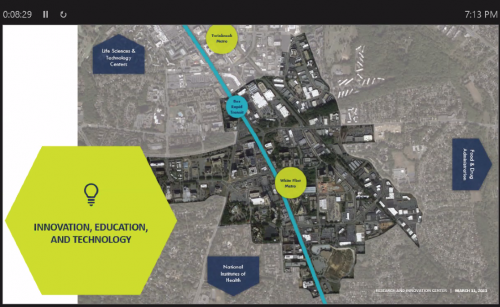 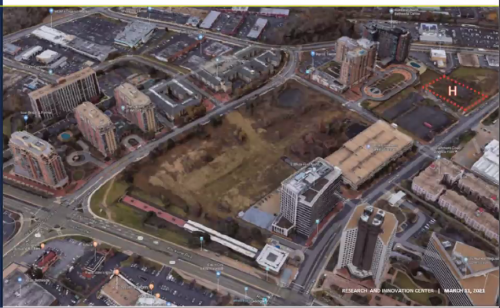 DEMOLITION OF THE GOLDEN BULL AND WHAT’S NEXT