Today in the Circuit Court for Montgomery County, MD, the honorable Judge Jill Cummins sentenced defendant Jonathan David Robbins to 40 years in prison suspend all but 12 and 5 years supervised probation upon release.

A hearing to discuss restitution was scheduled for Feb. 18th, 2022.

Robbins was convicted by a jury in June of 2021 on six counts relating to his theft of $1.8 million from a client, Helen Nutt. Nutt died before the trial, at age 91.

Here is some information about the trial and facts of the case from the Sentencing Memo filed ahead of today’s proceeding, courtesy of the office of State’s Attorney John McCarthy.

STATE’S MEMORANDUM IN AID OF SENTENCING:

The State of Maryland offers the following Memorandum to assist the Court in reaching an appropriate sentence in this case. The Defendant’s crimes involved exploiting multiple levels of his fiduciary obligation to steal from an elderly, vulnerable client. His thefts continued over a period of many years and caused a loss of over $1.8 million from the victim. Given all those factors, as well as the Defendant’s lack of any remorse, the State suggests a sentence between 18 to 20 years of executed incarceration followed by a period of probation. Set out below are the factors supporting the State’s request.

FACTS FROM THE TRIAL:

In 2013, Helen Nutt sought the Defendant’s assistance with her rather simple financial goals. She wanted to conserve her assets so there would be enough money for her remaining years, and she wanted to provide a framework so that her daughter, Nancy Nutt, would have money for as long as possible after her death. To that end, Helen Nutt sought the advice of the Defendant and relied upon his credentials as an attorney and certified public accountant to honor her goals. However, Helen Nutt’s request for help with a discrete plan was converted by the Defendant when the Defendant exerted total control over Mrs. Nutt’s finances. Instead of conserving her assets to support her daughter, for nearly six years the Defendant allocated Helen Nutt’s assets to himself. In so doing, the Defendant destroyed a mother’s goal of making sure her daughter was provided for even after her own death. During the trial, this Court heard testimony concerning the declining abilities of Helen Nutt. Shortly after meeting the Defendant in 2013, Helen Nutt fell in her home. She was never again able to live without assistance. This fall and loss of her independence came just a few weeks after the sudden death of her son, Randy. Since the death of her husband a few years prior, Helen Nutt had been relying on Randy for guidance and assistance. The Court will 4 recall the testimony from many witnesses about the declining mental abilities of Helen Nutt. Even at the time of her admission to Kensington Park in 2013, there were signs of a limited ability to understand complex financial matters. As multiple witnesses explained, Helen Nutt’s abilities declined significantly during the period the Defendant controlled her finances. Ruth Ann Taylor testified to the repeated efforts to get information from the Defendant about his costs and what was happening to Helen Nutt’s money. Each time, her requests were met with evasions and promises that were not kept. Representatives from several financial institutions talked about the misleading and incomplete information the Defendant provided when asked why he needed Helen Nutt’s money. The evidence clearly established a pattern of deception by the Defendant to keep Helen Nutt and anyone else who might ask, from knowing the truth about what he was doing with her money. The trial evidence also gave some light on what the Defendant did with Helen Nutt’s money. The Defendant had been making a modest living as a CPA and solo attorney for over twenty years. In addition to his law degree, the Defendant has a master’s degree in tax law. He also had worked in both accounting firms and law firms before opening his own business. But his intelligence and experience had not brought booming success. Apparently, he yearned for more as one of the things he did with the money stolen from Helen Nutt was to try to create the appearance of a successful, thriving business. He made dramatic changes in his housing, going from a simple townhouse to a 6600 square foot house on two acres of land. He filled the house with office furniture and computer equipment, much of it apparently never used. He covered the walls with dramatic reproduction paintings mimicking those of famous artists. He filled his closets with clothes that fit the image he wanted to convey – that of a 5 prosperous businessperson. All these acts of plain and simple greed are common in white[1]collar crimes. But what makes this case unique is that the evidence showed the Defendant used the bulk of what he stole to defend himself before the Attorney Grievance Commission (AGC) and for litigation related to a request for documents from the Consumer Protection Division of the Attorney General’s Office. One of the allegations by the AGC was that the Defendant had violated the Rules of Professional Conduct in his representation of Helen Nutt, including by not doing work and overcharging for work that was done. Astoundingly, the Defendant continued to steal money from Helen Nutt to defend himself against an allegation of basically stealing from Helen Nutt. Likewise, the subpoena for information by the Consumer Protection Division concerned an investigation into whether the Defendant had misappropriated money from Helen Nutt. And again, the Defendant used Helen Nutt’s money to try to avoid providing the requested information as to whether he was stealing Helen Nutt’s money. Expert testimony at trial made clear there was no possible way the Defendant’s conduct to fund his defense to the AGC Petition with a client’s money could ever be acceptable by a lawyer. One expert said, the Defendant’s conduct with Helen Nutt’s money was simply “outrageous.” By far the most compelling testimony as to whether there was any merit to the actions of the Defendant with Helen Nutt’s money came from an expert in estates and trust, pointed out instance after instance where the Defendant’s conduct in the documents he created and the financial decisions he made, fell below any accepted industry standard. She illustrated how the Defendant had needlessly made the estate of Helen Nutt more complex and how that complexity made it harder for anyone, let alone a victim with diminished capacity like Helen Nutt, to keep track of his actions and easier for him to steal. The Defendant’s narrative that he was simply doing what his client wanted and that the criminal prosecution was an act of retaliation by the government because the Defendant dared to stand up for his client was not persuasive to the jury. The evidence is overwhelming that the Defendant was not acting as his client wished but rather that the Defendant took affirmative steps to keep his client uninformed so that he could steal. The jury’s verdicts of guilty is clearly consistent with the evidence of this case. 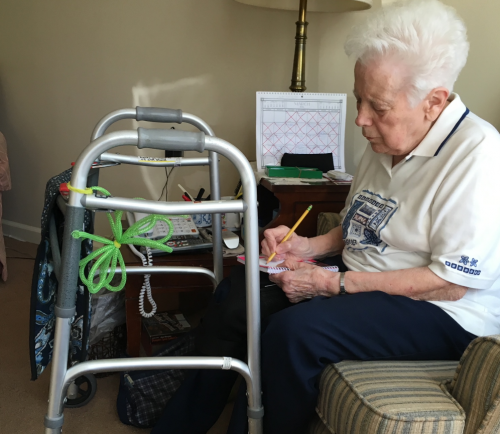 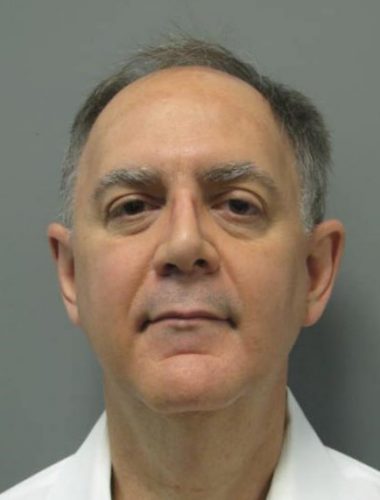 Agenda for Montgomery County Council Meeting on Nov. 30 at 9:30 a.m.

Montgomery County Council Statement on the Events at...