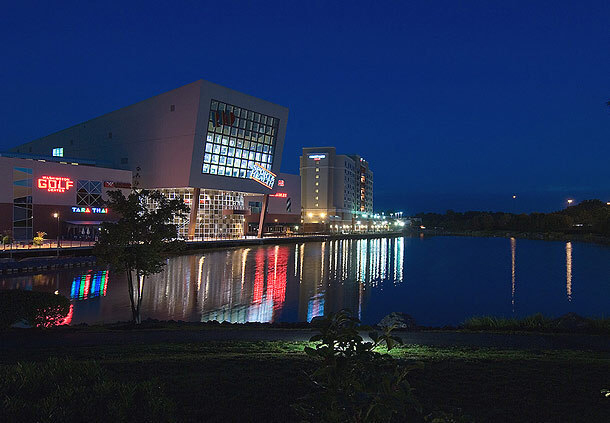 Photo courtesy of www.marriott.com
​Rio used to be home to Sportland.

Sportland contained an indoor miniature golf course, two artificial rock-climbing walls, several batting cages with robot pitching machines, two huge mazes of plastic and steel for kids to climb in, a roller rink, a bumper car arena, a Velcro-jumping area (where you stick to the walls), a billiard parlor, a snack bar and an awesome assortment of video games, pinball machines and other electronic entertainment devices like laser tag.

According to a 1993 article in the Washington Post, there was nothing like it in our area and the owners planned to build three more nearby (D.C. Metro area).

Sadly, Sportland didn’t make it out of the 90s, but Dave & Buster’s will try to recapture some of that magic when it arrives in 2019.