Back in May, Trammell Crow Company (TCC), a global commercial real estate developer, unveiled plans to develop The Labs at Belward, a world-class life science campus, in the “Shady Grove area of Montgomery County, Md” (Muddy Branch Rd/Great Seneca Hwy/Darnestown Rd). The Labs at Belward, located at the Belward Campus of The Johns Hopkins University, will initially include 757,000 square feet of trophy lab and research and discovery space across three buildings. The project has the potential to grow to approximately 1.6 million square feet across seven buildings. Construction of the initial 757,000 square feet will begin June 2023 and is slated to be completed in early 2025.

A Belward Campus Concept Plan application was submitted to the Montgomery County Planning Board by Lerch Early Brewer, on behalf of the Trammell Crow Company, on March 7, 2022. It included a few renderings of what the completed project could look like if the previously mentioned potential of 1.6 million square feet across seven buildings is reached. The project, which is designed to achieve LEED Gold standard, will be supported by secured structured parking and will also feature an expansive six-acre public park that will include an amphitheater, recreational fields, and two retail pavilions totaling approximately 6,000 square feet. The plan also includes activating large wooded buffer areas, installing several miles of bike and walking trails, and preserving the site’s significant natural elements. Renderings, courtesy of Montgomery Planning, can be seen below. 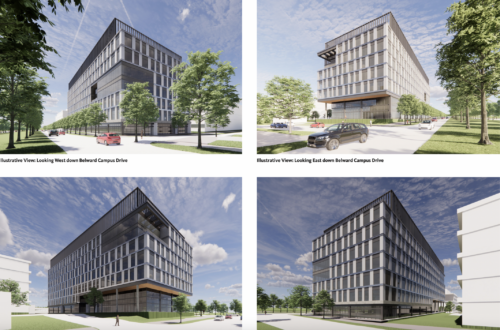 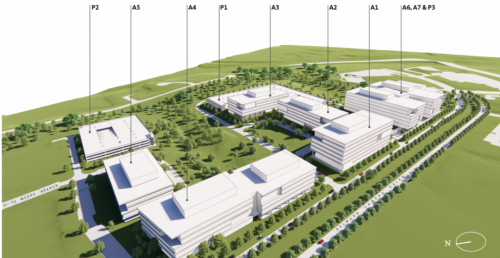 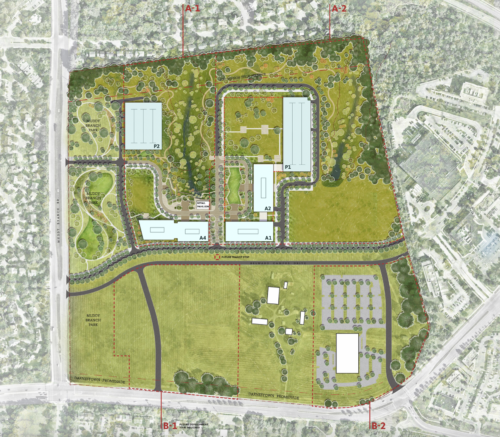