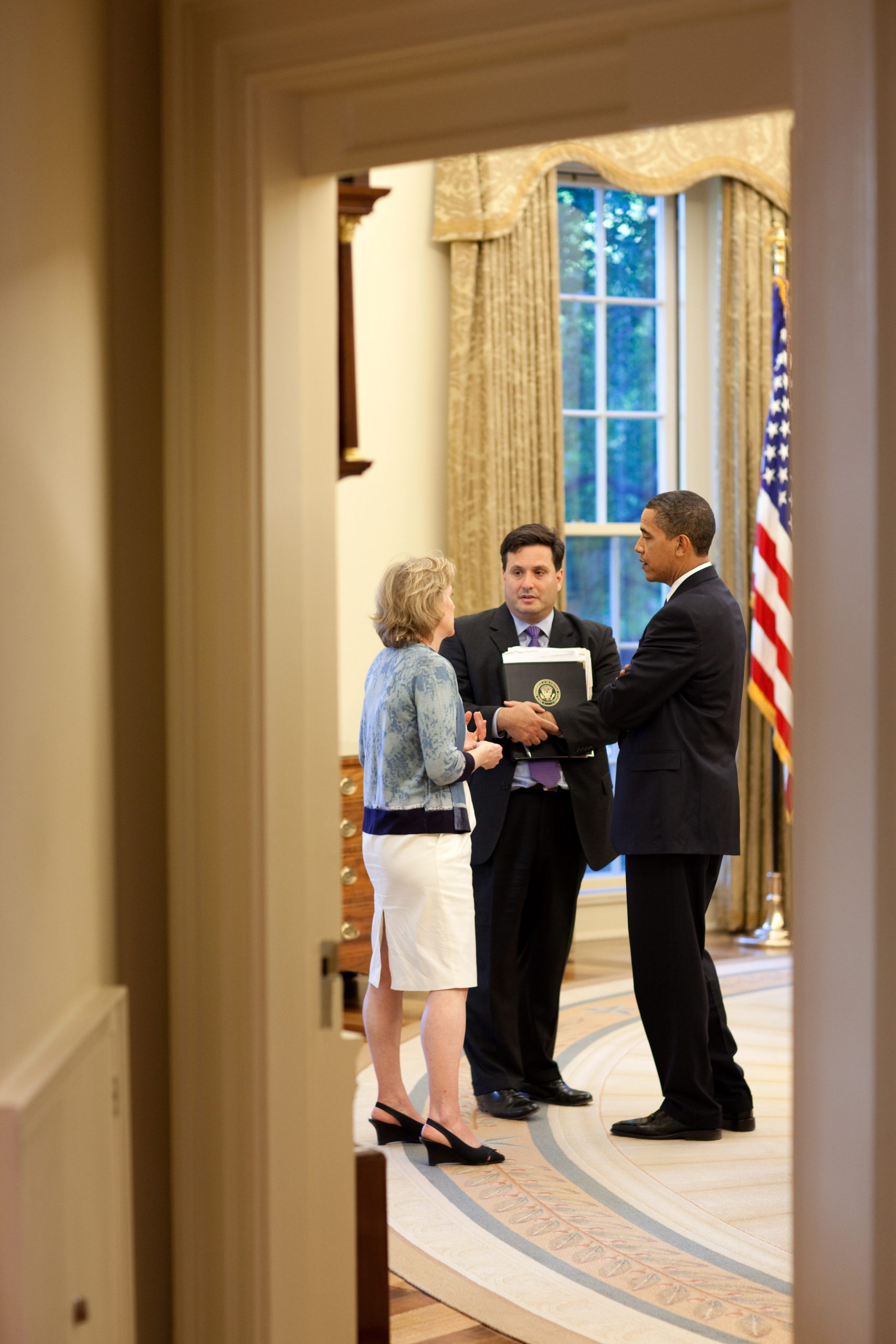 President Obama meets with Cynthia Hogan, Counsel to the Vice-President and Ron Klain, Chief of Staff to the Vice President in the Oval Office, May 21, 2009. (Official White House photo by Pete Souza)This official White House photograph is being made available for publication by news organizations and/or for personal use printing by the subject(s) of the photograph. The photograph may not be manipulated in any way or used in materials, advertisements, products, or promotions that in any way suggest approval or endorsement of the President, the First Family, or the White House

Ron Klain, a Chevy Chase Resident, to be Biden’s Chief of Staff

President-elect Joe Biden announced that he chose Ron Klain to be his new chief of staff. Klain, a Chevy Chase resident, tweeted in response, “I’m honored by the President-elect’s confidence and will give my all to lead a talented and diverse team in a Biden-Harris WH.”

Klain previously worked for Biden as his Vice President Chief of Staff. During the 2014 Ebola outbreak, President Obama appointed Klain as the administration’s Ebola response coordinator. Klain continued to work closely with Biden as a senior advisor to his campaign and helped draft Biden’s plan to fight coronavirus

Excited to work with the Biden administration, Klain said in a statement Wednesday that he’s ready to “tackle their ambitious agenda for change, and seek to heal the divides in our country.”

Be the first to comment on "Ron Klain, a Chevy Chase Resident, to be Biden’s Chief of Staff"