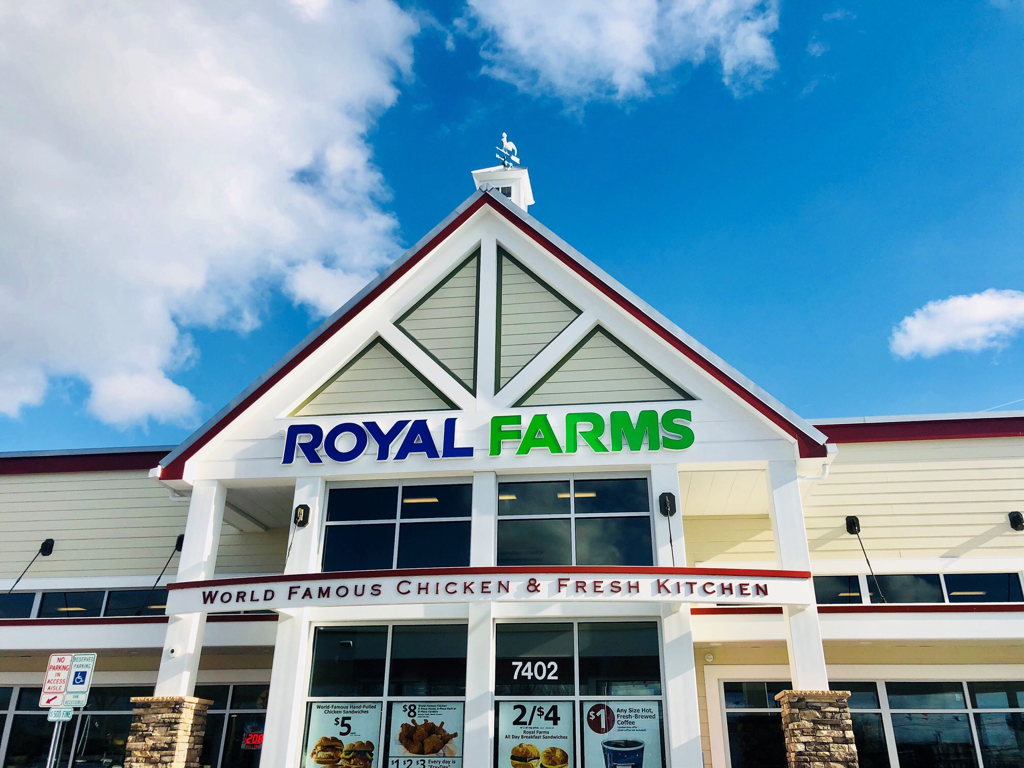 Photo courtesy of the Royal Farms Facebook page
This past weekend we broke the news of Wawa coming to MoCo and now we are excited to let you know that Royal Farms is next!

Last night we had Gaithersburg City Councilmember Neil Harris on episode 47 of The MoCoShow and we discussed Royal Farms coming to an agreement to open their first MoCo location in Gaithersburg. Podcast available below (Royal Farms news discusses at approximately 33:20).

Neil told us that when the developer bought the property across from Gaithersburg High School where the Wawa is going, they initially considered 7-Eleven. The Gaithersburg City Council asked if it was possible to bring something new to the area “like a Wawa or Royal Farms.”

Though Wawa won out at the property across from Gaithersburg High School, Royal Farms has come to an agreement to also come to Gaithersburg off of 355 near The Spectrum at Watkins Mill.

Royal Farms opened its first store in Baltimore in 1959 and currently has over 200 locations in the Mid-Atlantic.