Sam Eig: “Mr. Montgomery County” and The Man Behind The Name

If you grew up in Montgomery County (anywhere near Gaithersburg), you’ve likely seen Sam Eig Highway numerous times…but maybe weren’t sure to pronounce it (it sounds like I’d with a g instead of a d…i’g ). Most GPS systems mispronounce it to this day, which could lead to a second generation of confusion regarding the pronunciation of his name.

Now that we’ve cleared that up, let’s talk about the man behind the locally famous name. Sam Eig was born in Byelorussia (now Belarus) in 1899, living there for 15 years before moving to the United States in 1914. He lived in Seattle and New York City before moving to the Washington D.C. area in the 20s. Eig owned a grocery store in D.C. before opening Eig Liquor Store when Prohibition was repealed (also in D.C.). At the same time, he was focusing on real estate in the Silver Spring/Takoma Park area and chose to stick with that full-time in the 40s. His real estate holdings were already worth over $100 million before deciding to expand his real estate empire to Gaithersburg in the late 50s/early 60s. He was even one of ten men mentioned as the “vanguard of the postwar millionaires” in a 1952 issue of Fortune magazine. Due to his success with real estate across the county, Sam Eig earned the nickname “Mr. Montgomery County.”

There is controversy surrounding some of Eig’s business dealings dating as early as early as the 40s, as there were racial restrictive covenants attached to many of his properties. In response to this, Montgomery County historic preservation planner Clare Kelly said in a 2017 presentation, “From what I can tell, this was a practice used by developers in this time period in order to qualify for these federal funds.”

By the time the 60s rolled around, Eig met some financial hardships. He sold all of his Silver Spring holdings and moved to a farm in Gaithersburg. His endeavors in Gaithersburg included building the Washingtonian Motel and Country Club (including a golf course), which was located where the Rio Washingtonian Center is at now. Sam Eig was also responsible for the Shady Grove Music Fair, which hosted acts like Sonny & Cher, Bruce Springsteen, Aretha Franklin, and many more. In 1966 Mr. Eig built the 26-story Washingtonian Tower in the middle of his golf course…at the time it was the tallest building in Montgomery County. Sadly, Mr. Eig’s wife of 46 years, Esther, passed away that year as well. The country club/motel lost Sam Eig millions of dollars.

According to www.GaithersburgHistory.com, Sam Eig “once advised a neighbor to buy a farm in Montgomery County and told him that one day he’d be rich. The man did so for $8,500 and 19 years later sold it to Sam Eig for $200,000 cash. Eig was also known as a generous man – donating money for churches, synagogues, a Red Cross building and Holy Cross Hospital in Silver Spring.” 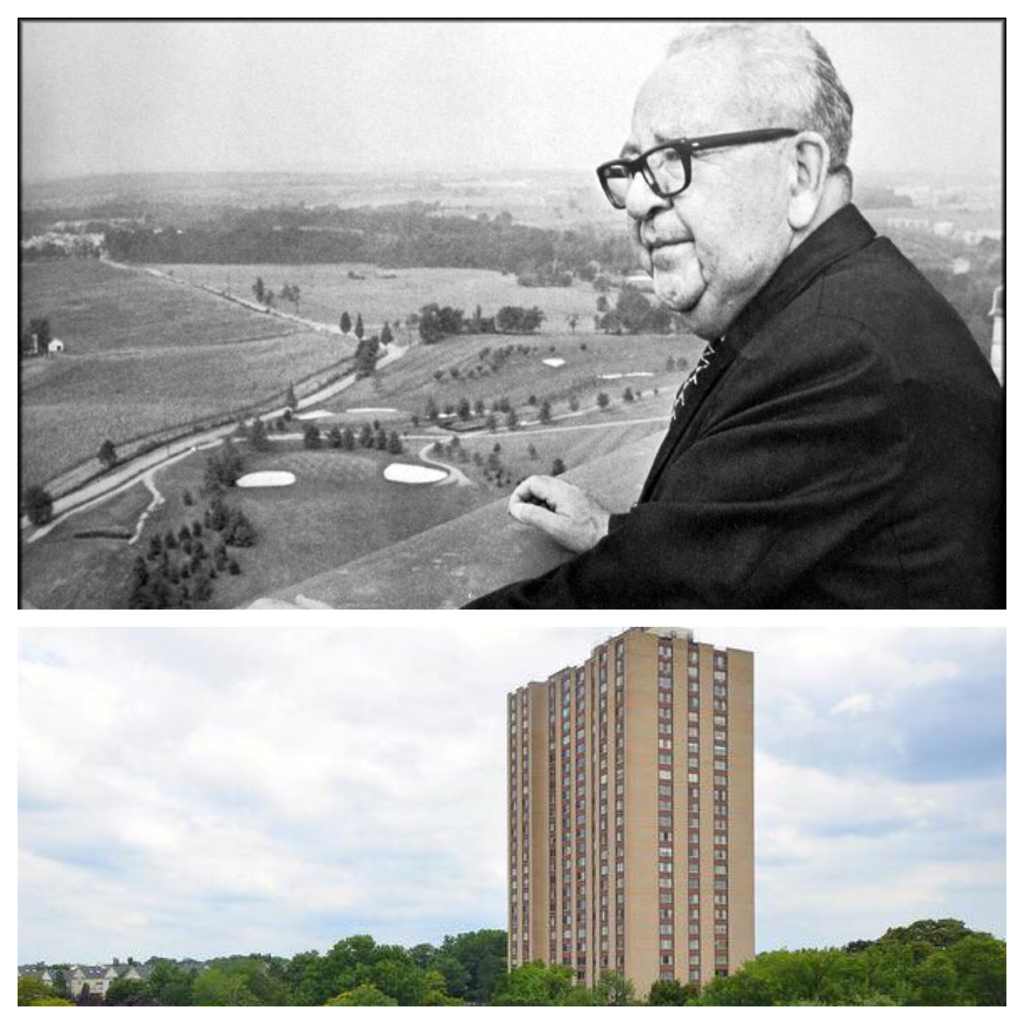 Overturned Vehicle on SB 355 in Gaithersburg

Sam Eig was also a white racist who used racially restrictive covenants to exclude African-Americans from Silver Spring neighborhoods. That’s a part of Montgomery County history that shouldn’t be glossed over.

Unfortunately Mr. Eig got caught up in the US government changing of the FHA loan requirements during his construction. The FHA restrictions were the ones that he followed so he would not fall into bankruptcy.

Wait so did he lose his money or not because my friend Nick Eig is a direct relative of Sam Eig and I’m just wondering if his dad is rich for the reason that it got passed down or not. He lives with his mom and she doesn’t have that much money but his dad lives in a good area near DC in a big house.