Starbucks to Join Royal Farms at The Spectrum at Watkins Mill 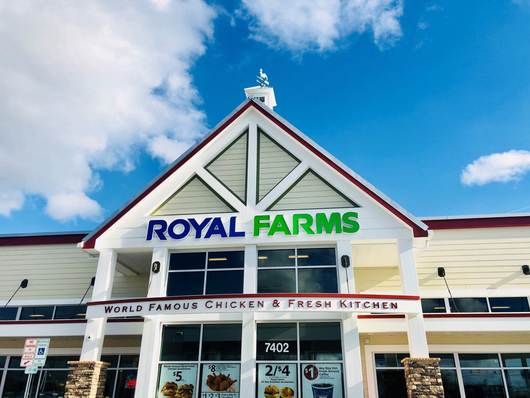 Back in May we broke the news of Royal Farms opening its first MoCo location. Today we have an update on Royal Farms along with the news that it will be joined by Starbucks.

The Spectrum at Watkins Mill is a mixed-use development that is located at the corner of Watkins Mill Road and North Frederick Avenue/ MD 355. According to the City of Gaithersburg website, a Schematic Development Plan application  has been filed requesting approval for the construction of a new Royal Farms automobile filling station on Watkins Mill Road and a Starbucks building on Paramount Drive. The plan also includes a 4,000 square foot retail/restaurant/office building on Pad Site B, which is located Spectrum Avenue.

We were told that UU HotPot and Kebab pulled out months ago due to the lack of tenants in the area, but have been unable to reach anyone to confirm.

There is no expected opening date for MoCo's first Royal Farms, but if all goes well I would expect it in late 2020/early 2021.

A look at Wawa Development Plans for First MoCo Location