DC Police have released surveillance images of the suspects and car involved in the shooting of Washington Commanders running back Brian Robinson. Per DC Police: Detectives from the Metropolitan Police Department’s First District seek the public’s assistance in identifying and locating suspects and a vehicle in reference to an Assault With Intent to Rob while Armed (Gun) offense that occurred on Sunday, August 28, 2022, in the 1000 block of H Street, Northeast.

At approximately 5:28 pm, the suspects approached the victim at the listed location. The suspects brandished handguns and attempted to rob the victim. During the robbery attempt, the suspects fired their handguns, striking the victim. The suspects fled the scene in a vehicle without obtaining any property. The victim was transported to a local hospital for treatment of non-life threatening injuries.

The suspects were captured by a nearby surveillance camera and can be seen in the below photos: 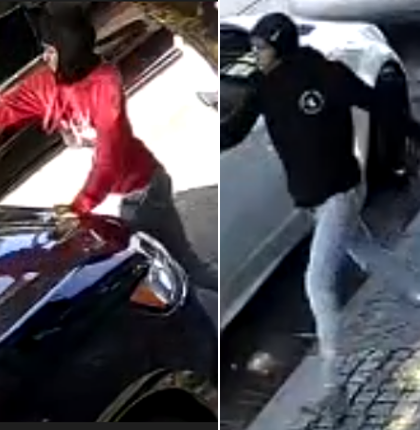 The vehicle the suspects fled the scene in has since been recovered. The suspects were last seen operating the vehicle in the below photos:

Anyone who can identify these individuals and/or this vehicle, or who has knowledge of this incident should take no action but call police at (202) 727-9099 or text your tip to the Department’s TEXT TIP LINE at 50411. The Metropolitan Police Department currently offers a reward of up to $10,000 to anyone who provides information that leads to the arrest and conviction of the person or persons responsible for a violent crime committed in the District of Columbia.

What Places Are Considered Part of “The DMV”...

The Story Behind “The DMV”

The Commanders Play The Giants in a Big...