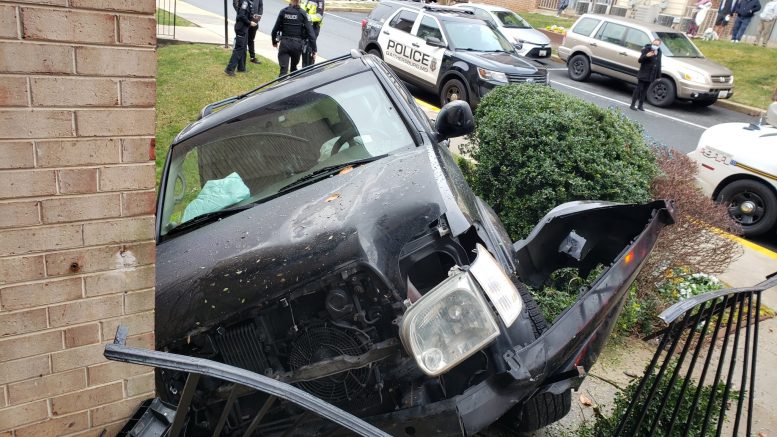 A driver in a SUV struck an apartment building at 501B S. Frederick Ave in Gaithersburg on Thursday afternoon around 3:30pm, according to Chief Spokesperson for Montgomery County Fire and Rescue Pete Piringer.

MCFRS and Gaithersburg police are currently at the scene. There appears to be no structural damage to the building and no injuries reported.

MCPS to Host Annual PRIDE Town Hall on May 26