The Exiled Royal Family Of Iran And Their MoCo Connection 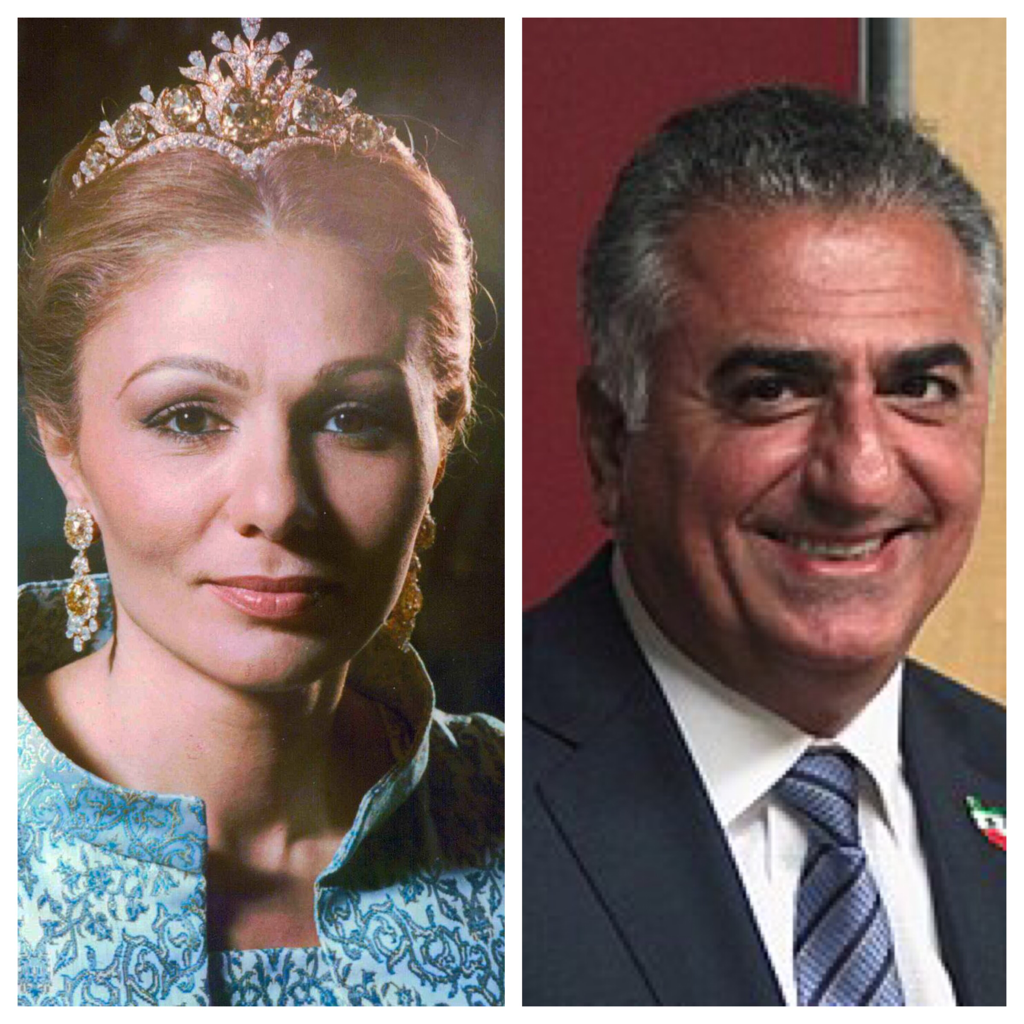 Farah and Reza Pahlavi, courtesy of Wikipedia.
Farah Diba married Shah Mohammed Reza to become the Queen of Iran in 1959.

In her early years as queen, she limited herself to a ceremonial role, but her fascination with the French culture led to a friendship with Andre Malraux, then the French culture minister. Due to this friendship, she arranged for the trade and exchange of cultural artifacts between Iran and France. The relationship between the Iranian and French museums and art galleries lasted until the Islamic revolution in 1979.

As time went on, Farah Pahlavi became more involved in government affairs. She was very instrumental in securing the attention of the Shah and securing funding for women’s rights and cultural development in Iran. She also focused on general cultural and social matters, as well as health and education issues.

She is credited with helping Pahlavi University (now Shiraz University) become the first American style university in Iran. Her work within the university was just one of the ways she attempted to improve the education of Iranian women.

In 1979, dissatisfaction with the Imperial government had come to a boil. With riots, discontent, and unrest becoming more pronounced, the government enacted martial law in most major Iranian cities.

Farah Pahlavi and Reza Mohammed decided to leave the country in January of 1979 for Egypt. Soon after, the Revolutionary Government had ordered for the arrest and death of both the Shah and the Empress. They left Egypt and went to Morocco, followed by a few months in the Bahamas and Mexico City.

After some time in Panama, the family returned to Egypt, where the Shah passed away in July of 1980. The Empress stayed until October of 1981 when President Ronald Reagan welcomed the family to the United States.

After time in Massachusetts and Connecticut, the Empress moved to Potomac in 2001, where her son Reza Pahlavi lived with his children.

Reza Pahlavi is the Crown Prince of Iran. He is the oldest child of Mohammed Reza Pahlavi and Farah Pahlavi and left Iran at the age of 17, in 1977, two years before the Iranian Revolution to attend training at Reese Air Force Base in Texas, where he completed the United States Air Force’s Undergraduate Pilot Training Program.

He then attended Williams College in Massachusetts for three years prior to being forced to leave due to the conflict between the United States and Iran. Pahlavi obtained his political science degree by correspondence from USC.

Reza Pahlavi married Yasmine Etemad-Amini in 1986. They have three daughters:

Noor Pahlavi, born 4/3/1992
Graduated from The Bullis School in Potomac

Iman Pahlavi, born 9/12/1993
Graduated from The Bullis School in Potomac

Reza and Yasmine Pahlavi are very vocal supporters of the democracy movement in Iran. According to Iranian writer, Reza Bayegan, the Crown Prince is deeply attached to his Shi’a Muslim faith. When interviewed about religion, Pahlavi said, “That’s a private matter; but if you must know, I am, of course, by education and by conviction, a Shia Muslim. I am very much a man of faith.”

Their daughters, Noor and Iman Pahlavi, were raised in MoCo. After graduating from The Bullis School (in 2010 and 2011) Noor attended Georgetown University, where she graduated in 2014. Iman graduated from the University of Michigan in 2015. Both currently live and work in New York. Youngest daughter, Farah, still lives with the family in Potomac. 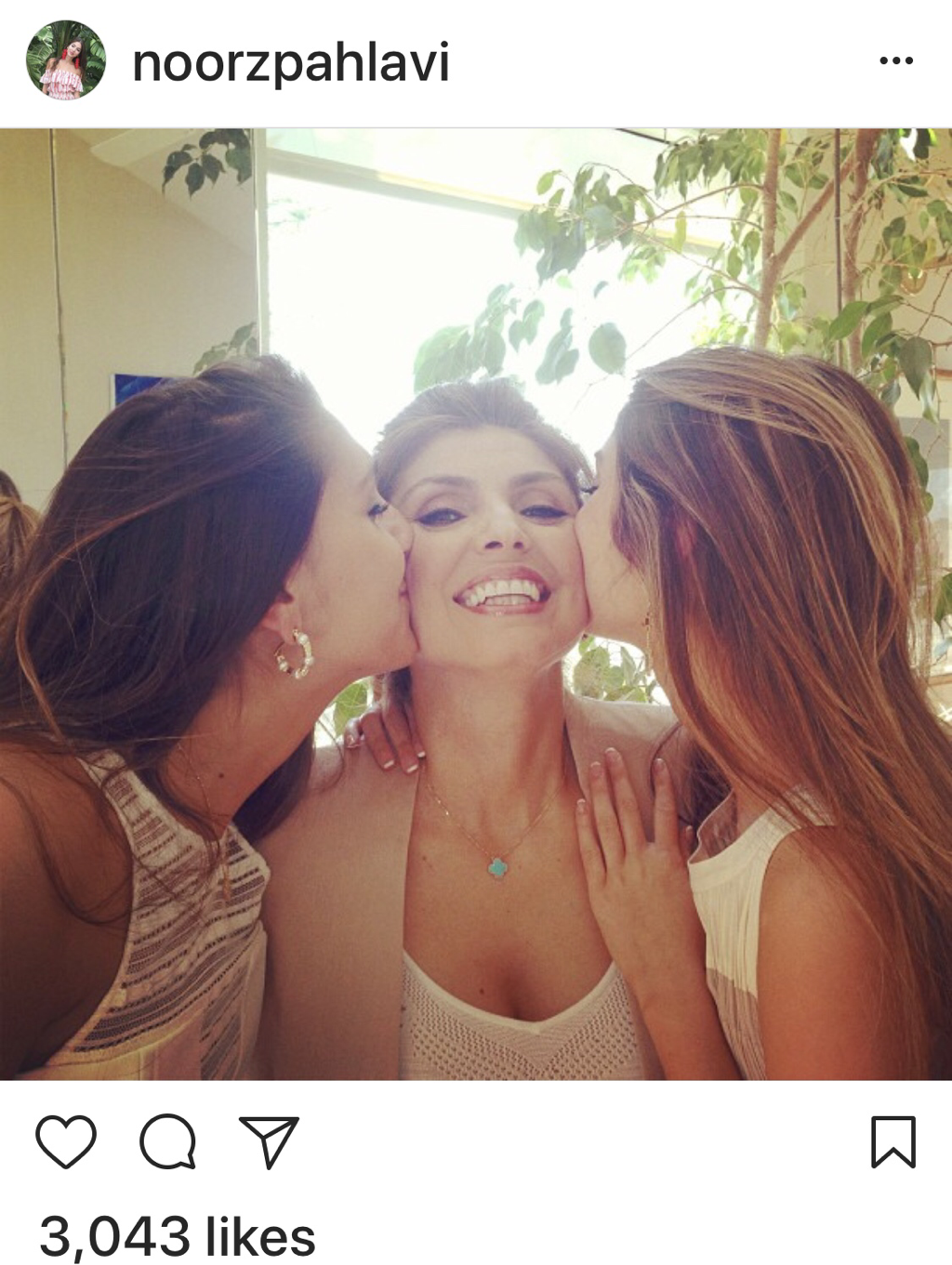