Back in March we let you know that Olney would be getting a team in the Cal Ripken League. Since then, we’ve shared that the team was looking for a name and shared a Google form that would allow readers to chime in with potential names for the new team.

This led to satire website, Takoma Torch, writing an article about a website for Montgomery County’s newest baseball team “OlneyFans”– a play on the online subscription service OnlyFans, whose content primarily focuses on pornographic material.

Just after midnight, early Sunday morning, Takoma Torch posted a cease and desist letter sent to them by Stein Sperling– a law firm in Rockville (well known for their signage appearing on a prominent building seen from I-270), who represents Olney’s new baseball team.

The caption for that post read “The humorless owner of the Olney Baseball team has had his lawyer threaten us about our satirical article about the Olney Fans article. We won’t take it down because satire will always be protected as Free Speech!”

The letter can be seen below: 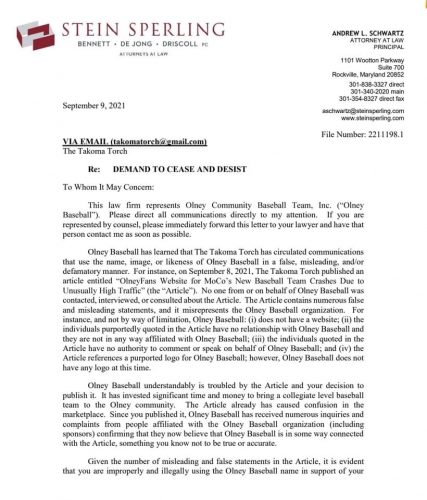 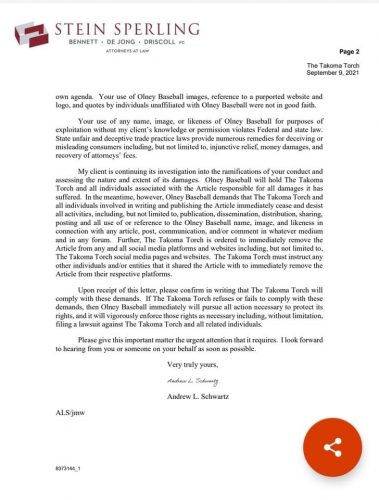 This was followed by a repost of the original article less than an hour later.

On Sunday night Takoma Torch posted a link for an “OlneyFans” t-shirt, promising that all proceeds would go “protecting free speech” with any additional proceeds going to the Olney Boys and Girls Club. 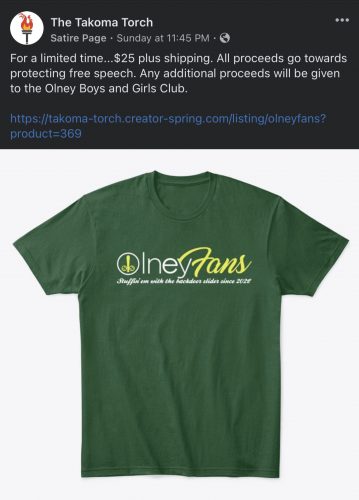 The following day, Monday, September 13th, Takoma Torch posted their response letters which can be seen below. 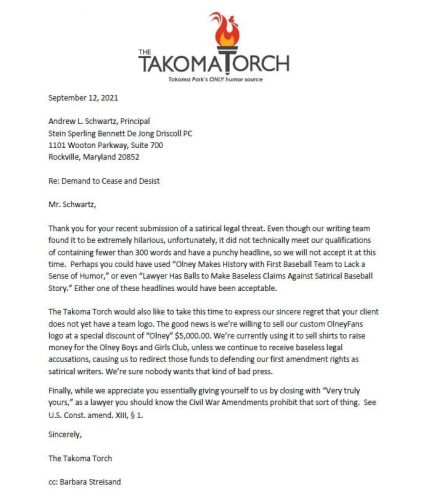 Earlier today, Takoma Torch tweeted the following tweeted that they have settled their differences with the Olney baseball team by releasing the statement seen below. 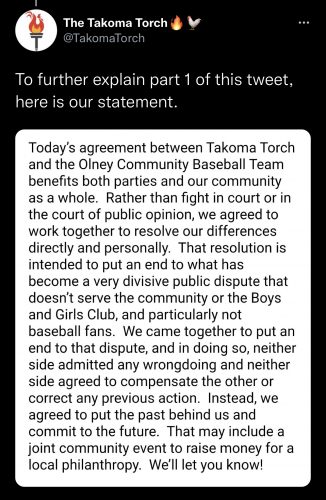 We look forward to taking in a game when the Olney team gets going next year.