Montgomery County Firefighters and Paramedics from Germantown Stations 729 and 734 responded along with Montgomery County 5th District Police Officers responded to Ridge Road near MD-355 Frederick Road shortly before 10AM Sunday for a car crashed into a tree.

Crews arrived and found a sedan crashed into a tree with two of its three occupants having been ejected from the vehicle during the crash. Firefighters and Paramedics evaluated all three occupants; all were very lucky to have non-life threatening injuries. 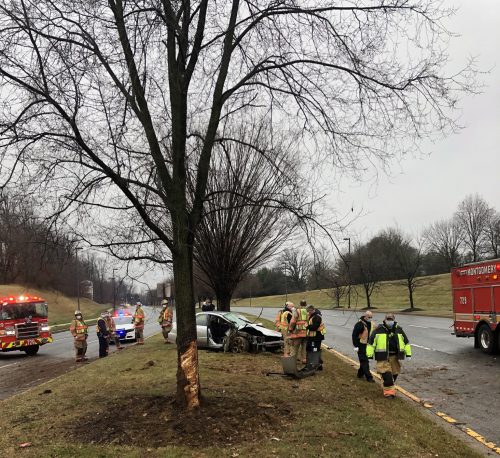 Naz’s Halal to Give Away Free Food From...

Did You Know You Can Rent a Castle...

MCPD 100th Anniversary Celebration This Saturday at the...