Urban Crawfish and Pho Eatery in Gaithersburg Have Closed

Urban Crawfish and Pho Eatery in Gaithersburg Have Closed

Urban Crawfish and Pho Eatery at 670 and 674 Quince Orchard Rd in Gaithersburg have closed. Both restaurants were under the same ownership.

Signage was removed from both restaurants  earlier this week and the businesses are listed as closed on Google.

The restaurants have been closed for several weeks and lockboxes were placed on the front doors but we were unable to confirm at the time if the restaurants had closed permanently.

Both restaurants opened in 2016. 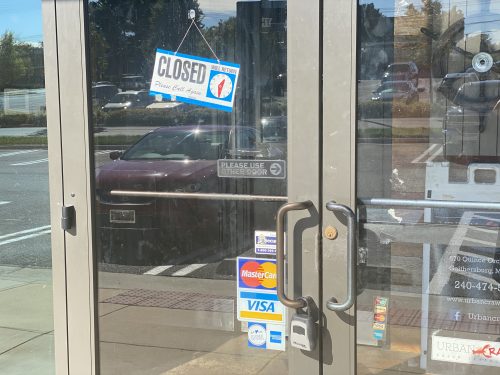 Mexicue is Coming to Bethesda, ABS Hearing Set for Next Week

Any idea what is taking it’s place?

What’s coming up in those two spots?

Don’t you all think they woulda told us what’s taking it’s place if they knew?