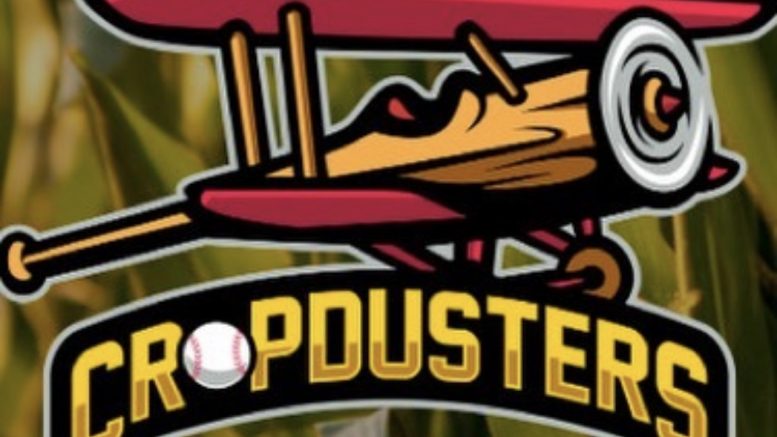 After months of internal discussions and community polls and votes, the Olney Community Baseball Group has decided on a name, CropDusters Baseball.

“It was really important to us to have the community involved throughout this whole process. The community spoke, and we listened. We also thought the name had a unique connection to the local history of farming and agriculture of Olney, while also recognizing the comical side of the satire meaning that will allow us to be unique and marketable. This name came to be after the community vote, and numerous conversations with players, collegiate coaches and other summer collegiate teams who are doing some fun and exciting stuff around the country. We spoke for hours with the owners and coaches of the Savannah Bananas, who urged us to make the naming process community driven, but to make sure that there is a fun element involved also. We think this name gives us that opportunity. Our sole focus is going to be on fan experience and making sure everyone who comes to the park leaves after having a great time. We’re going to have farmers markets at home games, local beers on tap, bales of hay around the park to sit on. It’s going to be an awesome experience.” said Brian Brewer, General Manager of the team.

When asked about the name, Jon Shehan, Head Coach at Millersville University, said, “I can’t wait to buy a hat! I think you need to be a little bit crazy in order to get people in the seats. That has become the name of the game and the landscape of summer college baseball. Players do not want to come play for a boring old summer ball team anymore. They see the things going on around the country and the unique concepts going on in Macon and Savannah, and they want to be a part of it. If Olney can nail this concept, I think it’s a homerun.”

The team will play out of OBGC park, where they will be working to build a stadium in 3 phases for the next few years. Team President Tony Korson said, “At the end of the day, we are only going to be playing in this stadium for 2 months and 20ish games per summer. This stadium is a community owned venue. It is going to allow Olney little leaguers to play on a high level field 10 months a year. It’s going to allow OBGC to run more tournaments, and pull in more teams to their tournaments. It’s going to give the community a fun, family centered experience to bring the family to on a summer night for a fraction of the price of going to a professional game. It allows these younger fans to mingle with these high level college players, get autographs and build relationships. We have kids coming in from University of  Hawaii, Washington State, University of Utah, kids from all over the country. We’re so excited to bring these guys in and introduce them to Olney and show them why we love our community so much. We can’t wait to get started!” #DustedEm

Playa Bowls to Hold Grand Opening in Olney on Sunday, 6/6