Burtonsville Crossing Redevelopment to Include Sprouts as Grocery Store Anchor

Burtonsville Crossing has been considered a mainly abandoned shopping center for years with just Pepino’s and Burger King currently leasing space. That’s going to change as EDENS and Montgomery County officials today announced the official redevelopment of the property that will include a major facelift and new grocery store anchor, Sprouts.

This will be the county’s first Sprouts location– a grocery store chain headquartered in Phoenix, Arizona. The grocer offers a wide selection of natural and organic foods, including fresh produce, bulk foods, vitamins and supplements, packaged groceries, meat and seafood, deli, baked goods, dairy products, frozen foods, natural body care and household items. Fortune included Sprouts on its list of the World’s Most Admired Companies in 2018 and 2019.

Sprouts is expected to open in Burtonsville Crossing as early as the second half of 2023, according to an EDENS representative. Additional tenants will be joining as well, according to County Executive Marc Elrich, but no word yet at this time on who those tenants will be. Below you’ll see two renderings of what the redeveloped shopping center will look like, as displayed at today’s press conference. 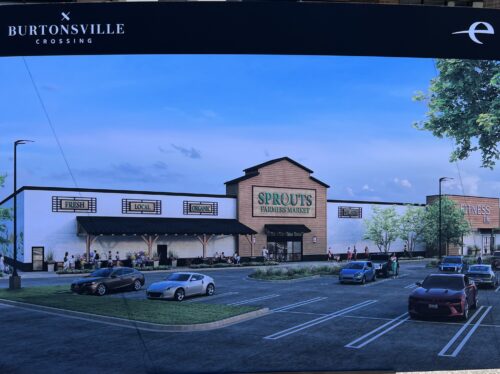 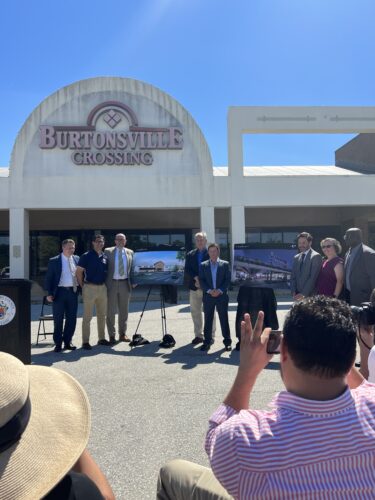 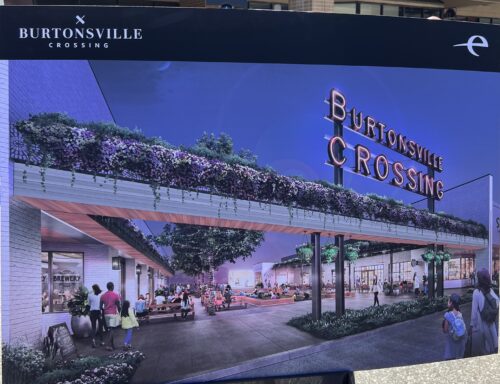 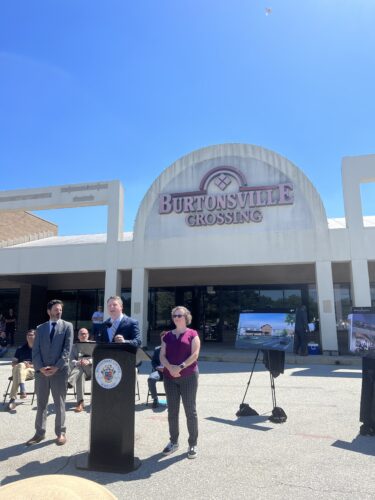