Hank Dietle’s is Coming Back Soon!

Hank Dietle’s is coming back soon!

The bar was ravaged by a fire in February of 2018. As WTOP reported, the Cold Beer sign is back and the oldest bar in MoCo will reopen in just a few months.
As you can see in our photo, construction is ongoing.
Hank Dietle’s Tavern in Rockville was built in 1916 and first served as a general store until named “Offutt’s” until Hank Dietle took over in the 50s.The sign outside reads “Hank Dietle’s Cold Beer” and there was always plenty of it inside. Before the fire you’d also find a pool table, arcade games, and vintage bar furniture, but you won’t find any food aside from chips and peanuts (though there was usually a food truck outside).

Down the street from Pike & Rose, and close to where White Flint Mall came and went, Dietle’s hasn’t fit in for many decades…but it has managed to outlast almost everything around it. 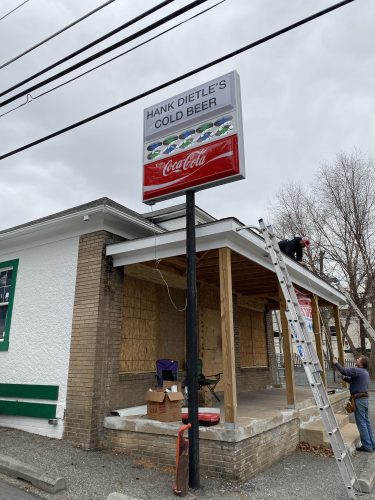 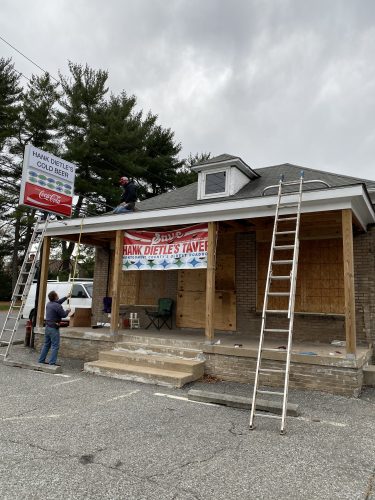 Damned glad to see this many a wasted hour of my youth was spent in there! Hank was the best and the worst of friends, all in all a great guy to know.