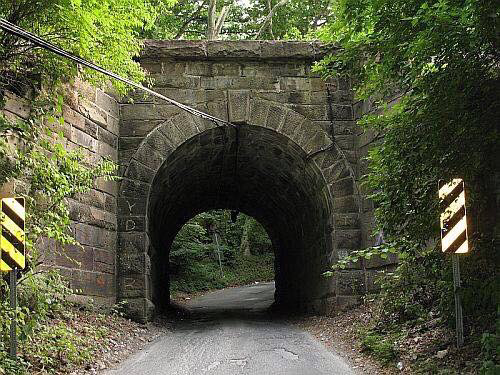 From the Montgomery County Sentinel in 1876.

“As the story goes, during the Civil War a soldier was decapitated by a saber in a skirmish around what is now Game Preserve Road in Gaithersburg. After the fight, his fellow soldiers hastily buried him in an unmarked grave, even though they couldn’t find his head to bury with his body.”

The story has been passed down for many generations and many have told tales about the supposed unmarked grave of the headless man. Some have recalled strange noises and apparitions with glowing eyes. Others have seen the figure of a headless soldier (sometimes on a horse and sometimes without it).

Another legend stated that if you drove into the underpass and turned off the engine, you would be unable to restart the car and would hear hands touching your car– the hands of a woman that supposedly killed her baby in the area many years ago (no stories match this legend, so it was likely borrowed from nearby “Crybaby Bridge” in Westminster).