Information and photos from: PLACES from the PAST: The Tradition of Gardez Bien in Montgomery County, Maryland by Clare Lise Kelly M-NCPPC , courtesy of Montgomery Planning

Maryland was one of the last states in the Union to establish a public school system. Through the mid-1800s only private academies and church schools were available for privileged children. A surviving example of a church school stands in the Forest Glen Historic District. In 1874, members of St. John’s Catholic Church in Forest Glen built St. John’s Academy in a modest one-room structure. 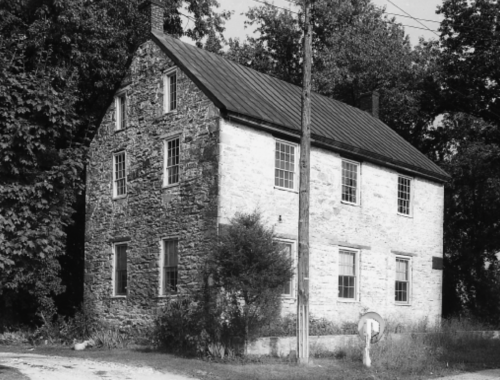 The Brookeville Academy, established in 1808, was one of the first private academies in the country.
Male students came throughout the state, boarding with local families and studying a classical curriculum with the aid of a 600-volume library. The first story of the stone building was built in 1810 and the second story added in 1840. The structure is a community hall in the Brookeville Historic District.

In 1860, the General Assembly of Maryland passed a resolution establishing countywide public schools. Fifteen common schools opened throughout the county, providing primary education for rich and poor white children. An early surviving school is the stone Seneca School (1868), in the Seneca Historic District. More typical of one- room schools is the well-preserved Kingsley School (1893). County school commissioners provided architectural plans for the front-gable building, which opened to area students in September 1893. The school closed in 1935, when, during the Great Depression, local families left the area in search of work.

Before 1872, black property owners paid taxes to support schools that their children were not allowed to attend. In 1872, the Maryland State Legislature ruled that one school in each election district must be open for black children. Representative of state-mandated schools are the Quince Orchard School (c1875), and the Boyds Negro School (1895). A proposed civil rights law giving full rights of citizenship to blacks failed in 1874. The policy of segregation lasted for three quarters of a century. 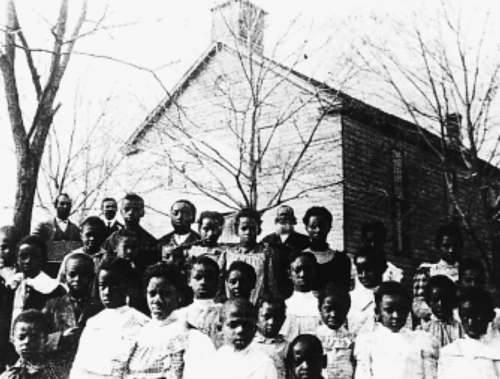 African-American children in the Poolesville area had no public school before 1925. They attended classes in the Loving Charity Hall, a community building located behind the Elijah Methodist Church, in Poolesville. 1909 photograph

After the turn of the 20th century, a new generation of schoolhous- es appeared, influenced by nationwide architectural standards, new health-conscious attitudes, and a growing county population. The designs of larger, two-room schools maximized light and air circulation with foundation and roof vents, flues, and oversize windows. Reflecting this new era of
school architecture are Rockville’s Montrose School and the Clarksburg School, both built in 1909. 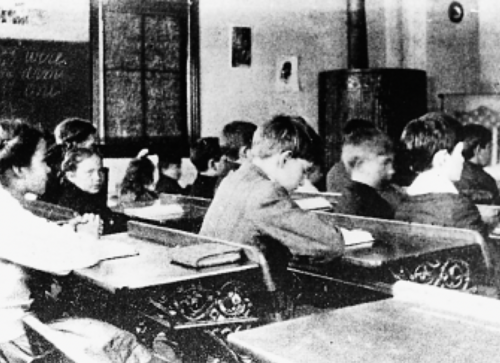 From the time that Maryland public schools were first mandated in 1860 until the early 1900s, white students were taught in one-room schoolhouses. Maryland school classroom, early 1900s. From Rural Survey of Maryland.

In contrast, two-room schools weren’t built for black students until the 1920s. The Smithville Colored School (1927) is one of 15 Rosenwald Schools built in Montgomery County in this era. These schools recall the iniquities of the Jim Crow era of segregation and the struggle of the African American community to obtain better educational facilities. Julius Rosenwald, founder of Sears, Roebuck and Company, provided the funding for more than 5,000 schools for black children in the South before 1940. The schools were an improvement for black students, yet the simple frame structures stand in contrast to the stylish, brick schools such as the Colesville Elementary School for white students built in the same era. 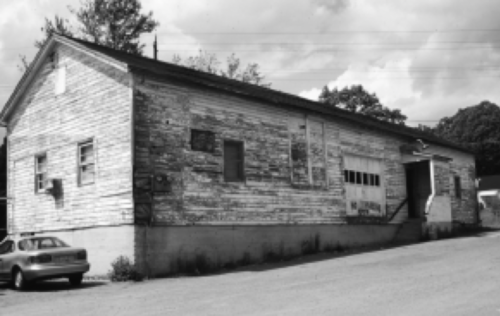 The Smithville School is one of 15 Rosenwald Schools built for black children from 1926-8. The simple frame structures contrast starkly with the large brick facilities built for white children in the same era.

The Colesville Elementary School (1929), located on New Hampshire Avenue, signifies one of the first professionally designed school facilities in the county. Silver Spring architect Howard W. Cutler designed Colesville as well as many other early schools for the county school system. These new facilities were built in an era of public school reform and mushrooming suburban growth when one-room rural schools were consolidated into larger regional schools. Cutler’s stylish schools, featuring popular Colonial Revival and Art Deco designs, made a strong statement promoting the state of the art facilities, and reflect the new standard of school construction throughout the county in the 1920s.

The County had five high schools in 1920, offering at least one year of education above the eighth grade. Montgomery County was the first county in Maryland to offer a full high school program when it enacted a mandatory 12-year school system in 1926. When the original Bethesda-Chevy Chase High School building was constructed in 1935, it was the largest school building in Maryland. Its monumental size and architectural dignity distinguish the school from other academic buildings of the early 1900s, making Bethesda-Chevy Chase High School one of the most important civic monuments of the pre World War II period. The Public Works Administration built both the Bethesda-Chevy Chase High School and Montgomery Blair High School, in the New Deal era (see p. 47). The first high school for black children didn’t open until 1927, a two-room school in Rockville. Adopting a consolidation plan in 1949, the School Board built the Carver High School for black students in 1950. The separate but equal policy of education ended in 1954, and schools weren’t fully integrated until 1961. 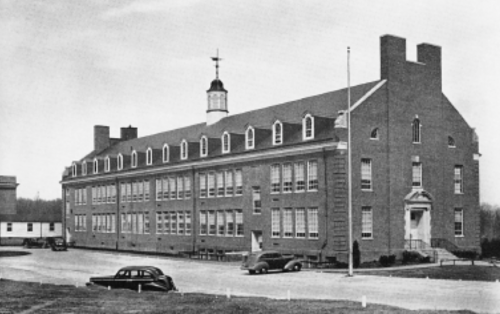 ‘The Life and Hats of Milliner Mae Reeves:...

MoCo History: Dawn of the Automobile in Montgomery...