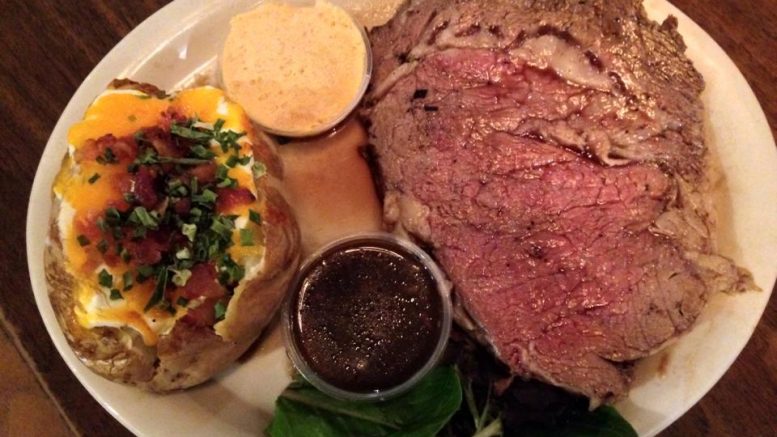 Sir Walter Raleigh Inn is fondly remembered for being a not-so-expensive steak house with a great salad bar that was included with your meal. Suitable for a homecoming dinner or birthday celebration, the Montgomery Village location (now the site of CVS), closed back in 2005.  What many people might not know, is that Sir Walter Raleigh had multiple locations throughout the DC Metro area.

In fact, the last surviving Sir Walter Raleigh was located near College Park and was open for business all the way up until last year! During the 70’s, 80’s and 90’s, the company had additional locations in Baltimore, Bethesda, Wheaton, and Alexandria, VA.

Photo of the College Park/Greenbelt location courtesy of their Facebook page.

A copy of the menu, which included prime rib, French onion soup, and lobster tails, can be found here.

Of the décor at the Wheaton location, a 1983 Washington Post review said  “The decor at the inns was stamped out of the same colonial cookie cutter: the white frame “house” exterior with the electric candles in the imitation upstairs windows. The dark wood tables and the wainscotting. The pale stucco walls adorned with the collection of old farm implements, or pieces thereof. Stamped out or not, this is a comfortable place. The candlelight gives a soft glow and the carpeting yields relatively soft acoustics.”

A 1991 Baltimore Sun review said of the White Marsh location, “As enticing as the aroma was, the taste was even better. Seldom does beef served in Eastern restaurants reach this Midwestern level of tenderness and taste. “Mouth-watering” comes to mind. It was served with an equally good whipped horseradish sauce.”

While there are no more locations in the DMV, we were able to locate a Sir Walter Raleigh Inn at 22 High Street EX9 7ED East Budleigh in the United Kingdom! We spoke to someone from the UK Pub and he told us that they are a “small pub in the village where Sir Walter Raleigh was born and spent his childhood!”

What are some your memories of Sir Walter Raleigh Inn?