“Opening Soon” signage is up at Westfield Montgomery for Shake Shack. Last week we reported that Shake Shack hopes to open three new MoCo locations by the end of 2022.

Shake Shack will be taking over the former site of Poke Papa inside of the mall’s food court.

The only other Shake Shack in Montgomery County is located two miles away at 7997 Tuckerman Ln in Potomac.

We were told that the other new potential MoCo locations include “one in the Rockville area” and “one in the Gaithersburg area,” but nothing can be confirmed at this point.

We’ll continue to update as we receive more information. 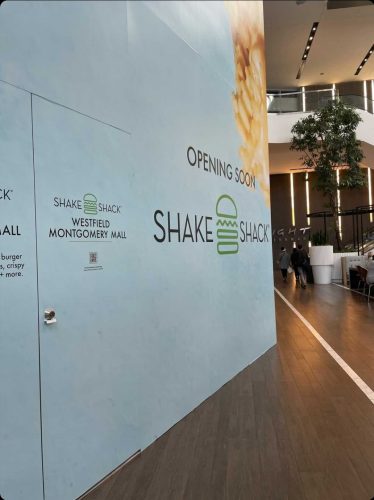