Back in December 9th, 2021, Metro’s board of directors will voted to approve a proposal to rename the White Flint Metro station “North Bethesda.” Today, the change in signage has officially started as crews are working on updating the signs at the metro station, according to photos sent in by Lukas Hadrava (seen below).

A social media post on the Friends of White Flint Facebook page states that, “Metro’s staff is recommending to its board of directors to approve the name change. In writing why they acknowledged that currently North Bethesda does not have much of a “sense of place.”

“That said, noteworthy developments such as Pike & Rose have started to adapt the namesake into their branding and identify as being located in the city of North Bethesda. We will continue to see this take hold throughout the county. Should the Board wish to approve the jurisdiction’s request, it is likely that the new name will become synonymous with the surrounding community over time and customers will find it sufficient for wayfinding.” 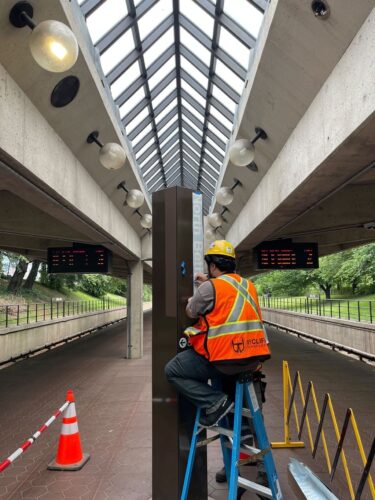 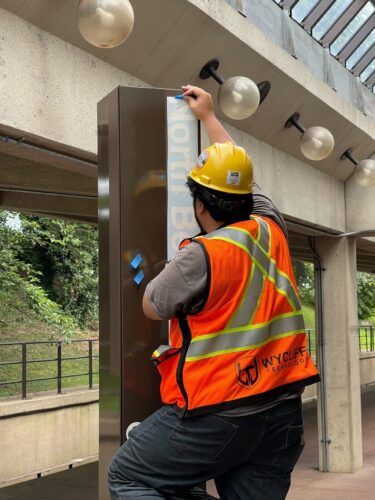 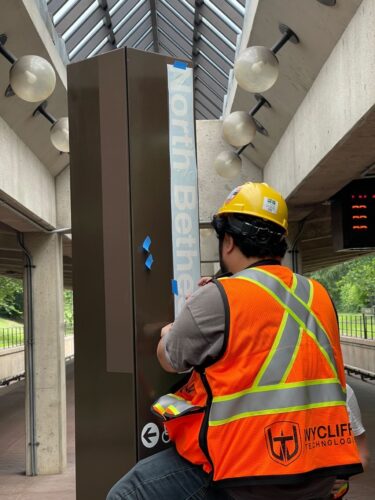 Rockville Volunteer Fire Department Will Not Be Selling...

yeah, great for visitors – am staying in north bethesda and went into dupont circle on the red line this wednesday morning. get back this afternoon and miss the station because you look out the window (the crappy sound quality on the train speakers makes every station call sound like, “mumble, mumble, mumble”) and see “north bethesda” (it was white flint this morning). get a nice 15 min round trip to the next station and back – just in time for the rain to start coming down (would have been back dry at the hotel had the signs not changed – or miracle of miracles had there been some signage at the station, be aware on this date, the name of this station will be changing…).

The public voted and voted AGAINST this name change. The Metro Board and Friedson and Lerich disregarded what the people want.

This area DOES have identity. Everyone knows the area as White Flint and it is not because of the mall. The current Pike Rose was a GREAT ToysUs.