Updated to reflect opening date prior to Grand Opening celebration
Z&Z, owned and operated by the Dubbaneh family, will open in the exact location their grandfather opened a deli in 1982– the spot that was home to Slice of Rockville for the last 11 years (1111 Nelson Street).
The restaurant will open tomorrow, September 23 (Temporary Hours: Tuesday through Sunday 5pm-9pm), and will hold its Grand Opening celebration on Saturday, October 2nd from 3pm-9pm.
The restaurant will specialize in manoushe, a flatbread consisting of a simple yeasted dough which can have a variety of different toppings. The best part? You can have it for breakfast, as a snack, or lunch and dinner. They’ll offer more on the menu, as they will continue to “share the extreme generosity and hospitality that exists in Arab food culture with the local community.”
When their grandfather immigrated to the United States in 1979, he worked some odd jobs including sweeping Dunkin’ Donuts overnight. By 1982 he had saved up enough money to buy the upcoming Z&Z location. It started as a deli, then became Chicken Delight, and finally Chicken Tonight.

Fuzzy, as he was affectionately known, ran the restaurant until 1992. His son, Dave, took over until 2006 before selling it to new ownership, where the business remained open until 2009. One of the current owners, Johnny Dubbaneh, told us his uncle Dave would always talk about getting back into that location.

Now, they have.
Z&Z has been around for a few years now. They’ve always been hesitant to open a brick and mortar location, but were looking and decided to email
the owner of Slice of Rockville to see if she was interested in selling. It just so happened that she had recently listed it and even previously went to contract prior to a deal falling through.
Z&Z will be an expanded version of what they’ve been doing in farmer’s markets– offering food their grandparents ate and grew up on.
Below you’ll see some photos of their grandfather in the restaurant back in the 80s and 90s 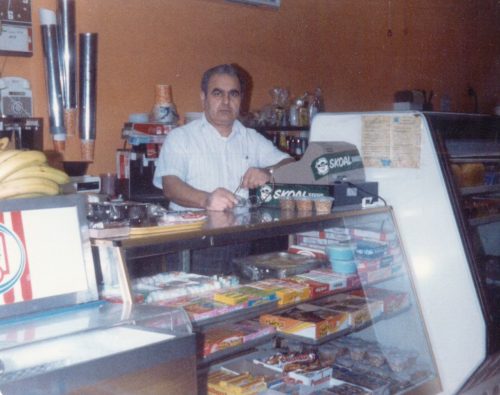 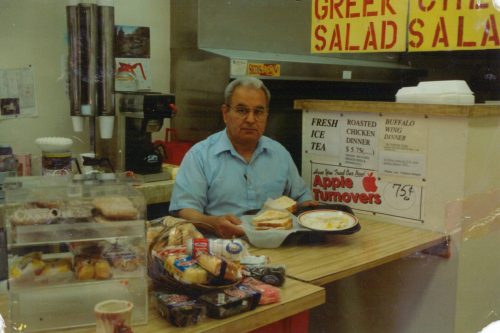 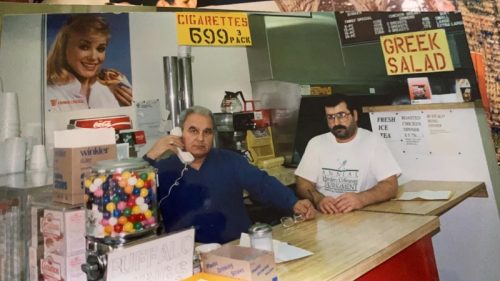