Below is a list of restaurants and businesses that will be coming soon to Gaithersburg, MD, as well as an update on the future plans for Lakeforest Mall.
Roaming Rooster
Roaming Rooster is coming to 511 Quince Orchard Rd in Gaithersburg. The restaurant will be located in space previously occupied by Duck Donuts in the Firstfield Shopping Center. Duck Donuts permanently closed in August. Roaming Rooster is known for its variety of buttermilk fried chicken sandwiches that vary in heat depending on the diner’s preferences – mild, medium or hot. In addition to its free-range, grain-fed, antibiotic-free and Halal chicken, Roaming Rooster offers an all week breakfast menu, salads and sides including wings, chicken tenders and hand-cut fries. This will be the chain’s second Montgomery County location. Its Pike & Rose location at 11586 Old Georgetown Road in North Bethesda opened on June 21. No opening date for the new location has been announced. 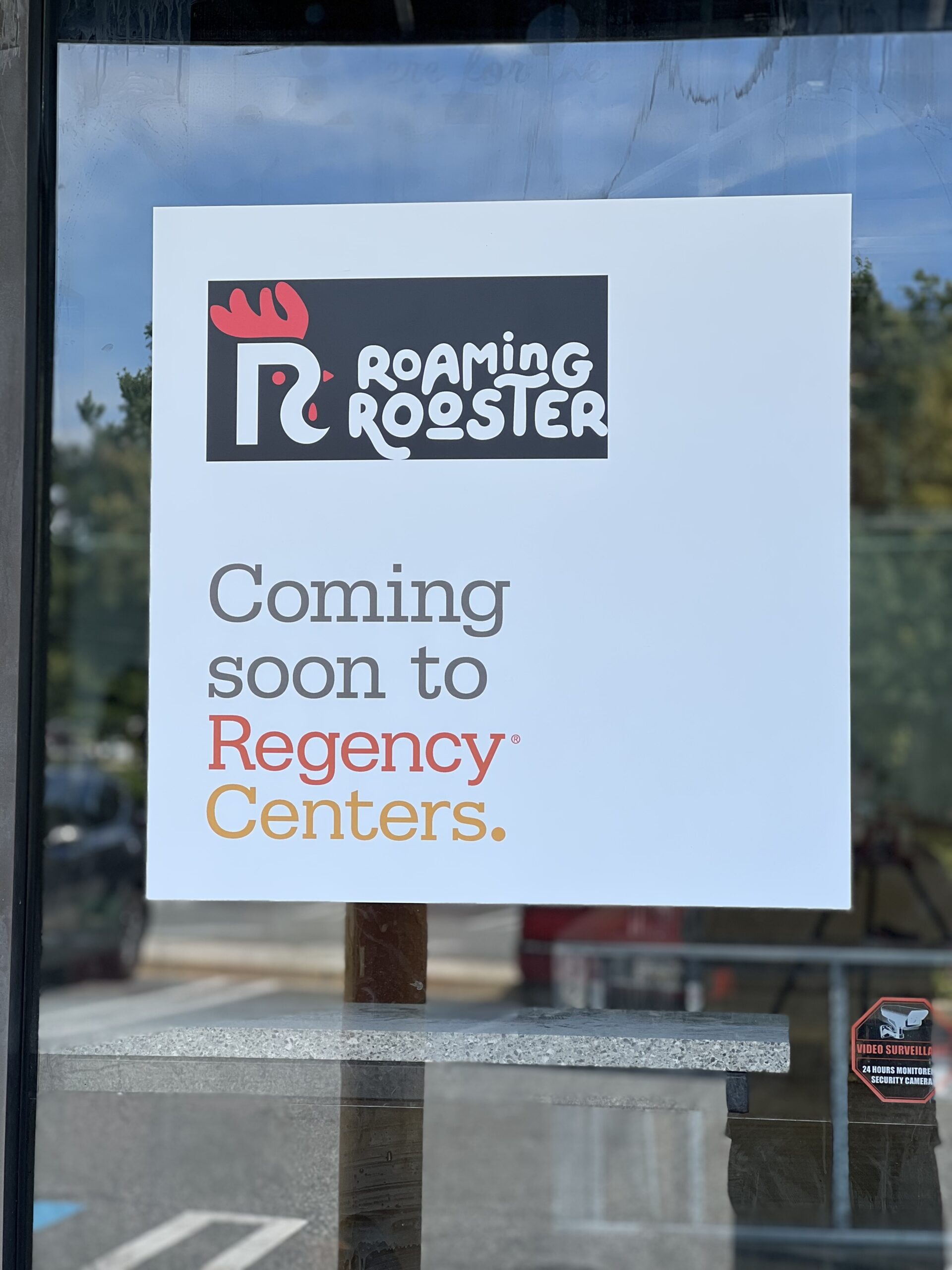 Rise Southern Biscuits & Righteous Chicken
Rise Southern Biscuits & Righteous Chicken is coming to 16248 Frederick Rd in Gaithersburg, in the recently renovated Rock Grove Center on the corner of 355 and Shady Grove Rd. The center is also home to Minerva Indian Cuisine, Qdoba, and the recently relocated Dunkin Donuts. The North Carolina-based biscuit chain is known for their buttermilk-brined chicken and currently has Maryland locations in Columbia and Towson.  Menu items include biscuit sandwiches, biscuits & gravy,  fried chicken strips, and donuts. The restaurant is expected to open this fall, but renovations have not yet begun. 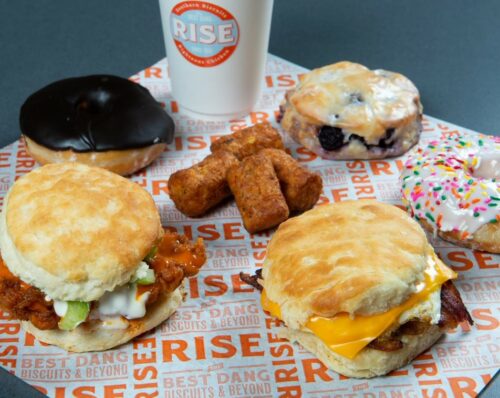 The restaurant is part of Jeffeary Miskiri’s Miskiri Hospitality Group, which describes itself as a unique collective of Black, family and woman-owned products and restaurants in the DC area. Miss Toya’s will serve southern-influenced dishes such as red beans and rice, macaroni and cheese and a southern fried chicken sandwich. It will be joining the recently announced Sportrock Climbing Centers and Charley Prime as well as the recently opened Donutchew, as locally-based businesses opening in Gaithersburg’s Rio. No opening date has been provided. 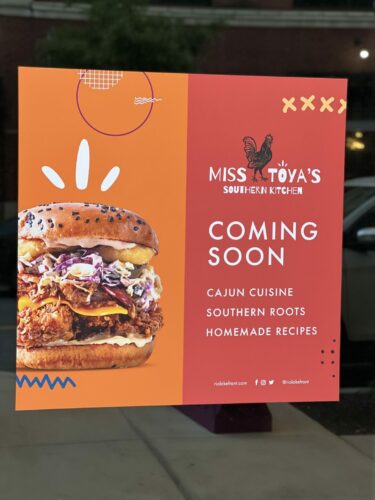 Taco Bamba
Taco Bamba is now targeting a November opening for its upcoming Gaithersburg location, according to representatives from the Rockville Taco Bamba. The new restaurant will be located in the space that was formerly home to Urban Crawfish at 670 Quince Orchard Road, next to the recently opened Miyaji Kebab and Rumali Rolls (which is next to Beers & Cheers Too). Chef Victor Albisu opened the first Maryland location of Taco Bamba in Rockville’s Congressional Plaza in June 2021.  Albisu stated that Maryland is a “priority area of growth for Taco Bamba” citing the line at last year’s Rockville opening, according to a report by Bethesda Beat.  “We can’t wait to build a whole new food and cocktail menu for our friends in Gaithersburg. It’s a town with an eclectic mix of restaurants serving a diverse community that knows good food.” 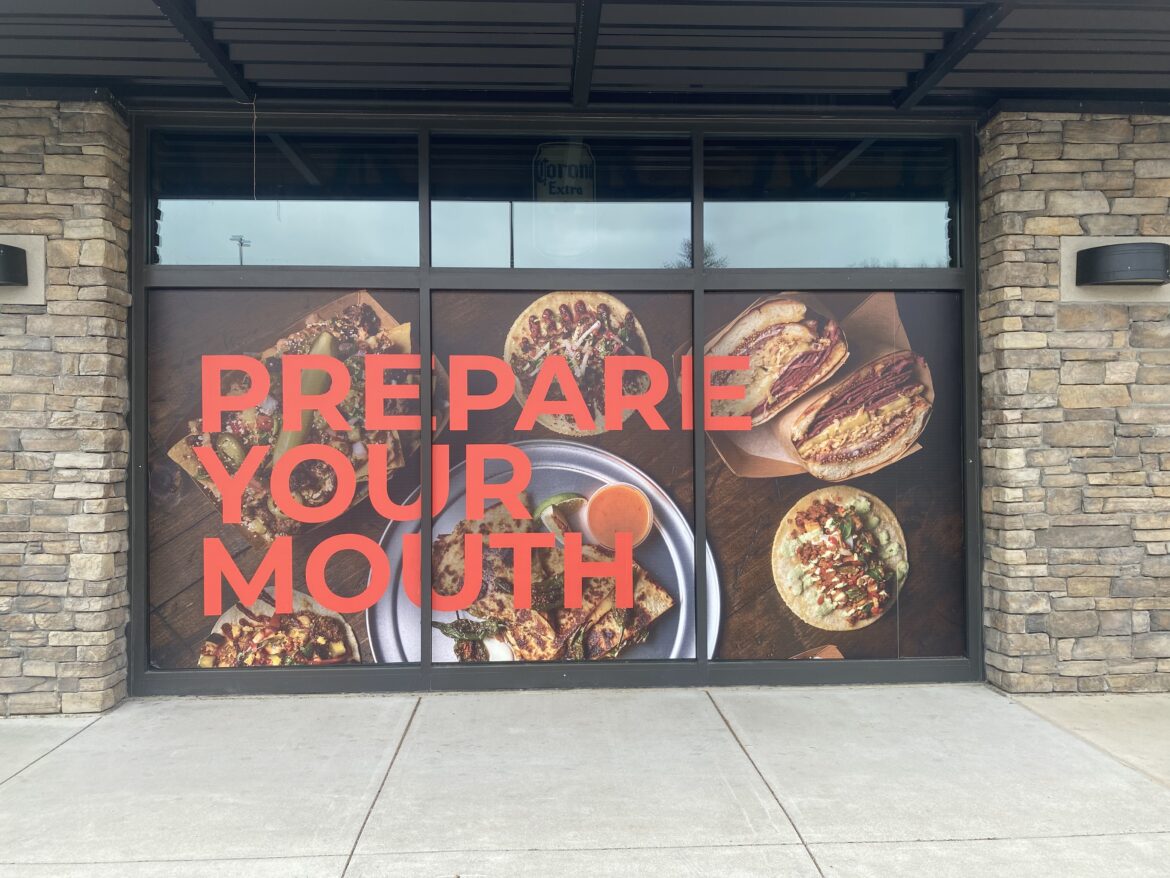 Sportrock Climbing Centers
Sportrock Climbing Centers is coming to Rio, taking over part of the space that was previously occupied by Sport & Health (Dave & Buster’s now occupies the other part of the space). Sportrock opened the first commercial climbing gym in the DC metro area approximately 28 years ago in 1994, when it opened its Rockville. That location closed in 2006, but Sportrock has continued to operate successfully in Alexandria, Virginia. Now, it’s bringing rock climbing back to Rio, where many remember the much smaller walls that were a part of Sportland in the 90s. 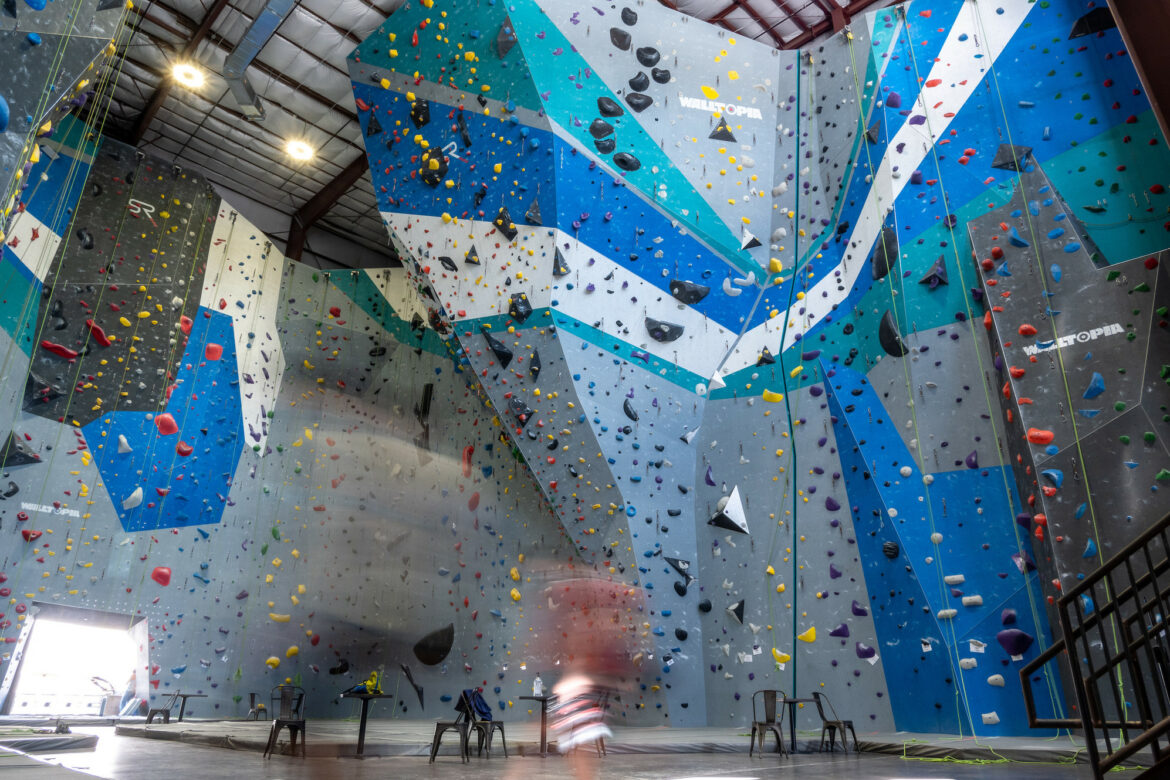 EggMania
It was announced earlier this week that EggMania is coming to 385 Muddy Branch Road in Gaithersburg, taking over the space formerly occupied by Curry Place, next to Indian Bazaar. The menu consists of egg-centric Indian street food, including a masala omelet, egg curry, and Goti Fry (sliced boiled eggs cooked with ginger, garlic and chili. Topped with American cheese and onion-tomato based gravy). EggMania currently has franchises in several states and is currently opening new locations throughout the U.S. No opening date has been announced.

According to its website, “EggMania, as the name represents, is a specialized Restaurant for Egg Delicacies. Established by five young and passionate friends, they bring out innovative and delicious recipes on tables. Keeping the health and nutrition benefits of egg in mind, they come up with great quality and tasty food at affordable prices for the one of its kind experience for customers, of all ages and communities.” 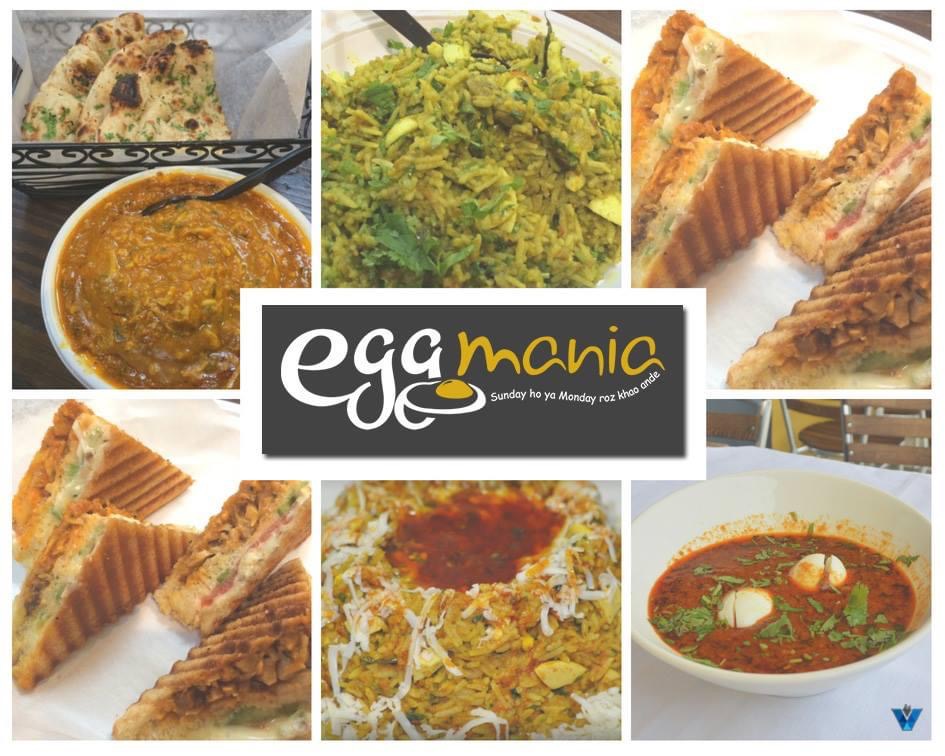 Oak, Barrel & Vine (Montgomery County ABS Liquor Store)
Coming soon signage is up for Oak, Barrel, and Vine at 512 N. Frederick Ave. in the Gaithersburg Square shopping center, next to Lil’ Cakes & Creamery and the recently opened Five Below. The county-run beer, wine, and liquor store will feature a tasting room with beers on tap and space to hold events hosted by local breweries and distillers. Montgomery County opened its first Oak, Barrel & Vine location at 7913 Tuckerman Ln in Potomac in October 2021. In August the ABS began renovations at its Montrose store (1205-B Rockville Pike) to turn that location into an Oak, Barrel, & Vine. A complete list of ABS store locations and hours is available at https://montgomerycountymd.gov/ABS/stores/. 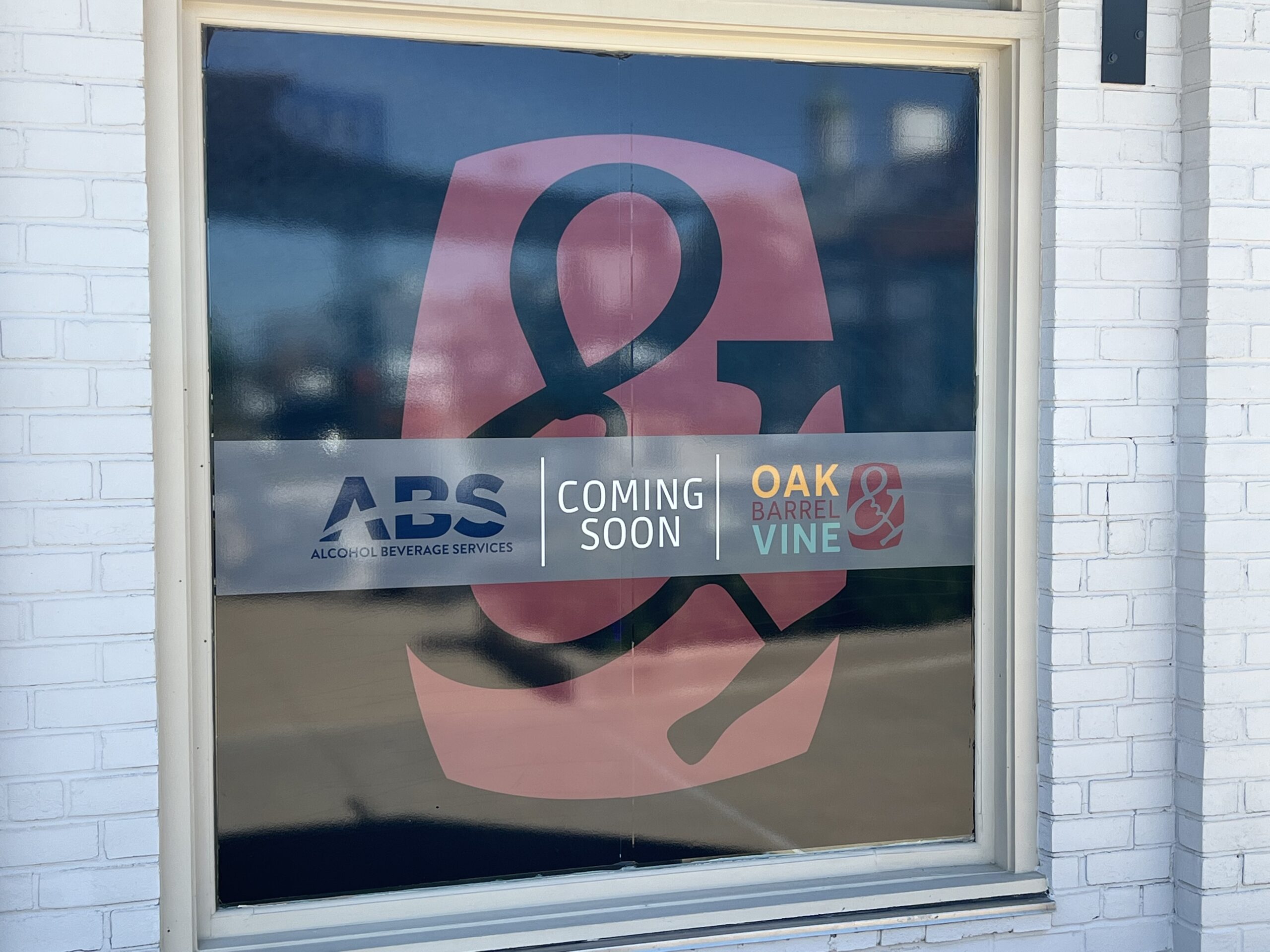 Lovesac
Specialty furniture brand Lovesac is planning to open a new location in Gaithersburg’s Downtown Crown. The company’s name comes from the brand’s original Durafoam-filled bean bags called Sacs and will be located at 111 Crown Park Ave, next to LA Fitness in the space that was formerly home to Couture Bridal of Maryland (which is now located at 322 East Diamond Ave in Gaithersburg).

Stamford, Connecticut-based Lovesac was founded in 1998 and first came to the area when it opened its Montgomery mall location in 2017. The retailer specializes in a patented modular furniture system called “Sactionals.” Sactionals combine both multiple “seats” and “sides,” as well as custom-fit covers and accessories that allow patrons to configure different styles of seating. Sactionals can fit most spaces, no matter the size or layout, because patrons can add, subtract and arrange pieces in an infinite number of ways. There are more than 250 available fabric options and more than 150 available covers that are machine washable, according to the company’s website. 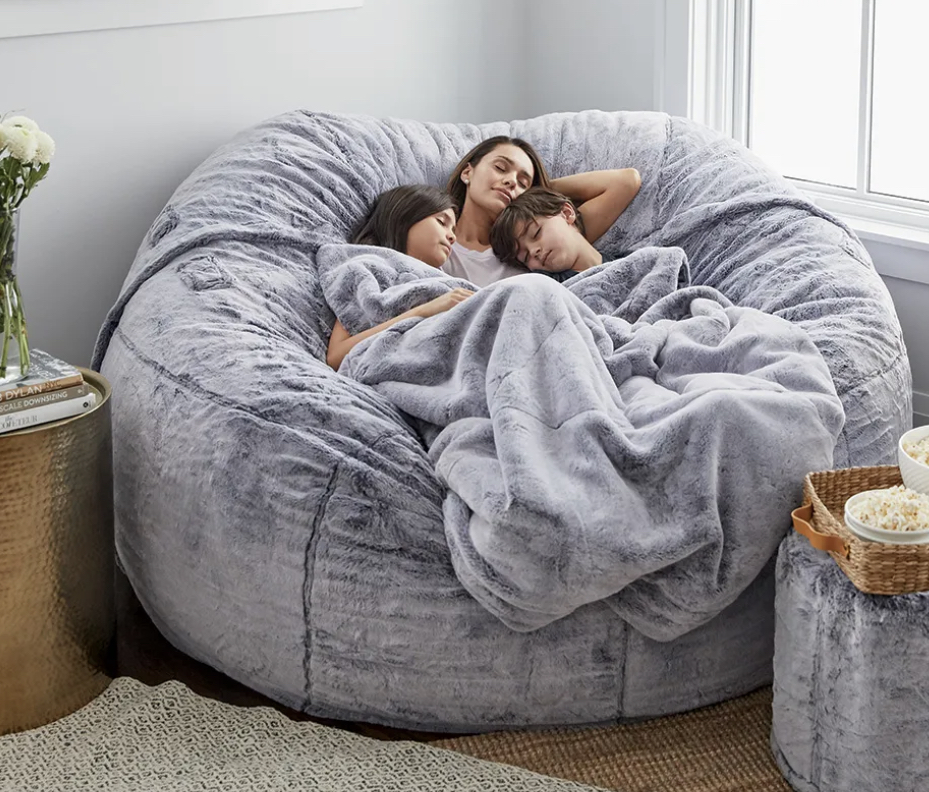 dd’s Discounts
dd’s Discount is coming to 18236 Contour Rd in the Montgomery Village Plaza shopping center, according to mfi Realty. The store will be located in the former space of Marshall’s, which relocated to Gaithersburg Square last year.  dd’s is owned and operated by Ross Stores, Inc and items for sale at its locations are similar to those found in other discount retailers. This will be the first dd’s location in Montgomery County. No opening date has been announced.

About: dd’s DISCOUNTS opened its first store in 2004 as the place to shop and save in your neighborhood. We’re part of the Ross Family, so our buyers know all about delivering great deals every day on clothing shoes home decor fashions toys and much, much more. We have the looks and brands you love at prices well below other retailers.
Photo courtesy of dd’s on Facebook.

According to their website, “Established in 2010, we started out in Jackson, MS where​ we owned a coffee shop/bakery & our Downtown location was full scale. We relocated back to Maryland in 2016 where we now cater & operate a mobile food truck. We specialize in southern Soul Food; Smoked BBQ ribs, Fried catfish, pulled pork, shrimp po-boy, buffalo wings, fried chicken, mac n cheese, collard greens, candied yams, bbq baked beans, potato salad, coleslaw a variety of cakes & desserts.” 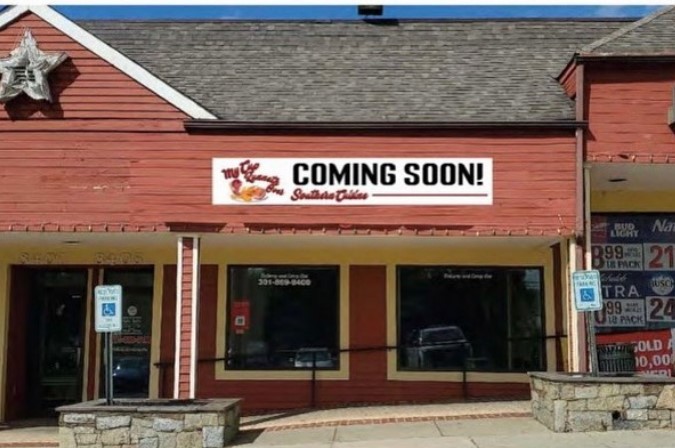 Bath & Body Works
Bath & Body Works, a store usually found inside shopping malls, that was founded in 1990 in New Albany, Ohio is opening a new location in Gaithersburg’s Downtown Crown. The new store will be located at 130 Crown Park Ave, in the location that was formerly home to Hair Cuttery, in between ZAGG and Warby Parker, according to Kite Realty.  A Bath & Body Works location currently operates in Lakeforest Mall, but a representative from that location has told us that it will close at some point in the new year. The representative did state that the location is certain to remain open until at least following the holiday season. The store offers its own brand of fragrances for the body and home. The brand is a consumer favorite for top-selling body products, including lotion, cream, wash, hand soap and hand sanitizer. The retailer is also known for its fragrance diffusers, fine fragrance mist and candles. An opening date or timeframe is not yet available. 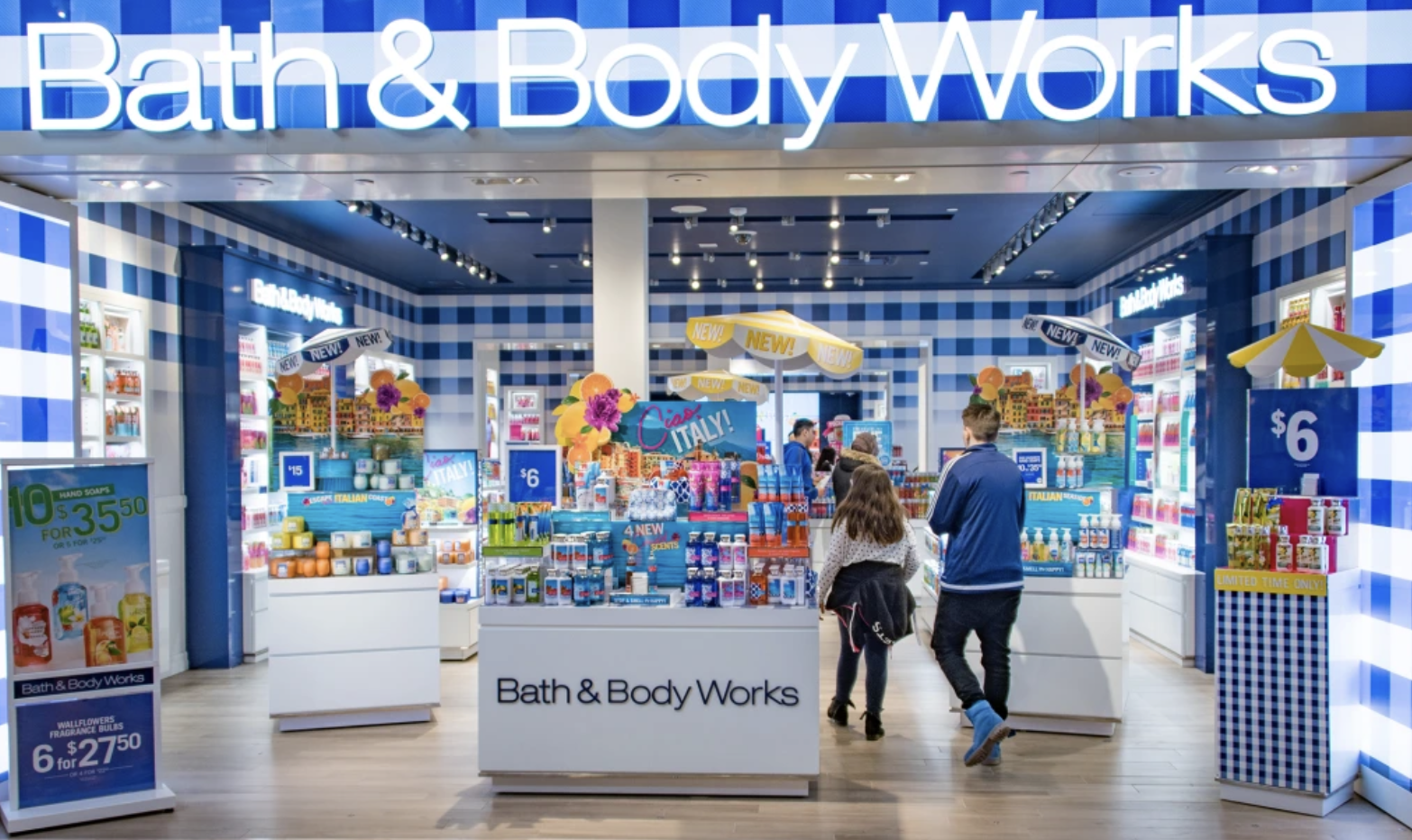 Sweetgreen
Signage for fast-casual salad restaurant Sweetgreen was installed at their upcoming Downtown Crown location (299 Copley Pl) over the summer. While we don’t have an expected opening date, we would anticipate an early 2023 opening. Sweetgreen currently has three MoCo locations, in Bethesda, Downtown Silver Spring, and Pike & Rose. Crown has been without a salad fast-casual restaurant since Chopt closed in early 2020 and has since moved that location to the Kentlands neighborhood. 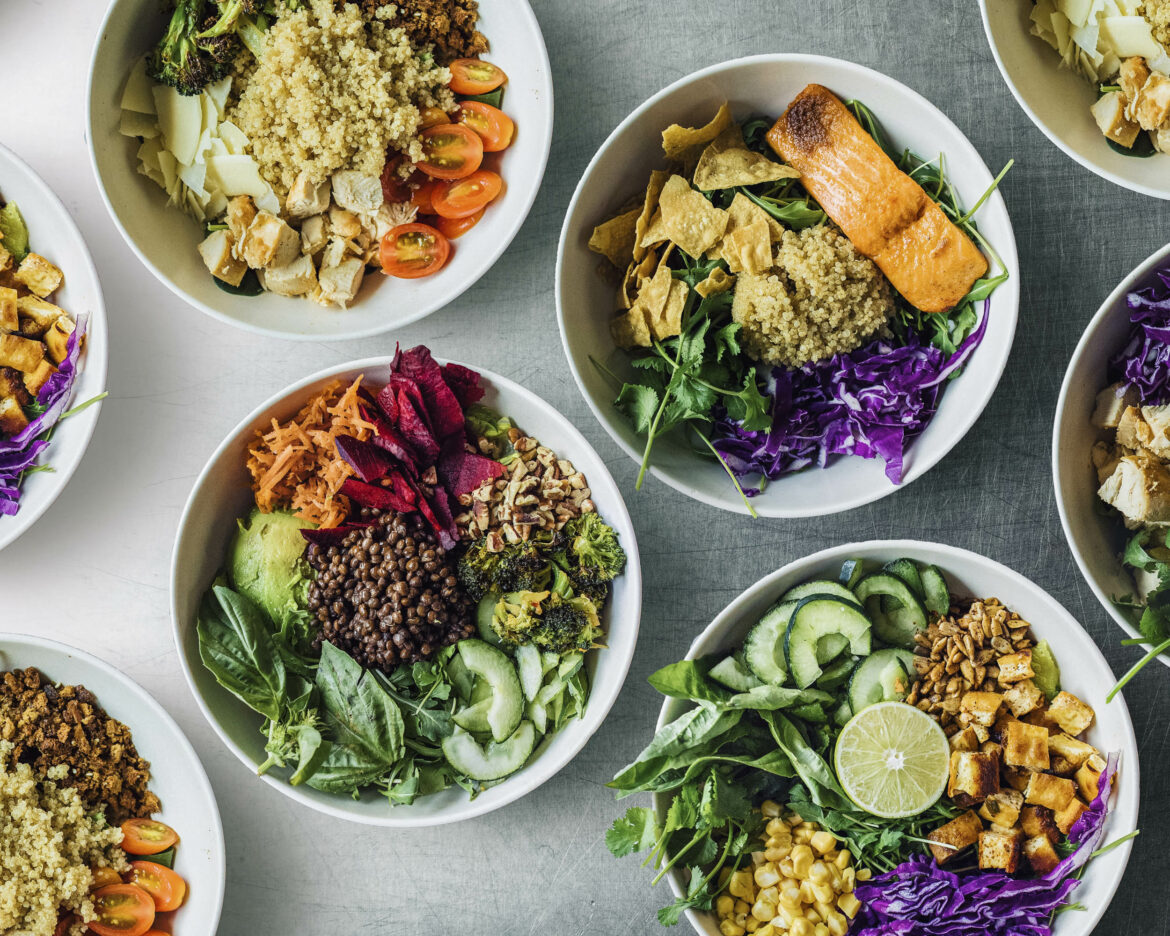 Charley Prime Foods
Coming soon signage is now up around the exterior of Charley Prime Foods, the new restaurant from Jackie Greenbaum & Gordon Banks (Little Coco’s, El Chucho, Bar Charley, Quarry House Tavern) that will be replacing Tara Thai on the Rio boardwalk at 9811 Washington Blvd in Gaithersburg. The restaurant is also scheduled to have its Class B: Beer, Wine, & Liquor license hearing on August 4. The restaurant scheduled to open “early 2023”.

According to a press release, the team envisions the restaurant as a mature version of their popular DC restaurant Bar Charley, with an expanded menu, but keeping its lively cocktail forward energy. The broader menu will remain steak focused, but will also feature house made pastas (a la Little Coco’s) as well as other items unique to just this location. The group has tapped Editlab@Streetsense to design the space. Explains Greenbaum, “We can’t wait to do our first suburban project and think the timing is perfect. We’ve always done restaurants that are near and dear to our hearts and that we feel are right or needed in the particular neighborhood. My partners both have young families and Rio has been a frequent destination for them for years, as it is for tons of people in north Montgomery county. This is especially true for our chef and partner in this project, Adam Harvey, who lives nearby. We’re really thrilled to bring something unique to the mix out there.” 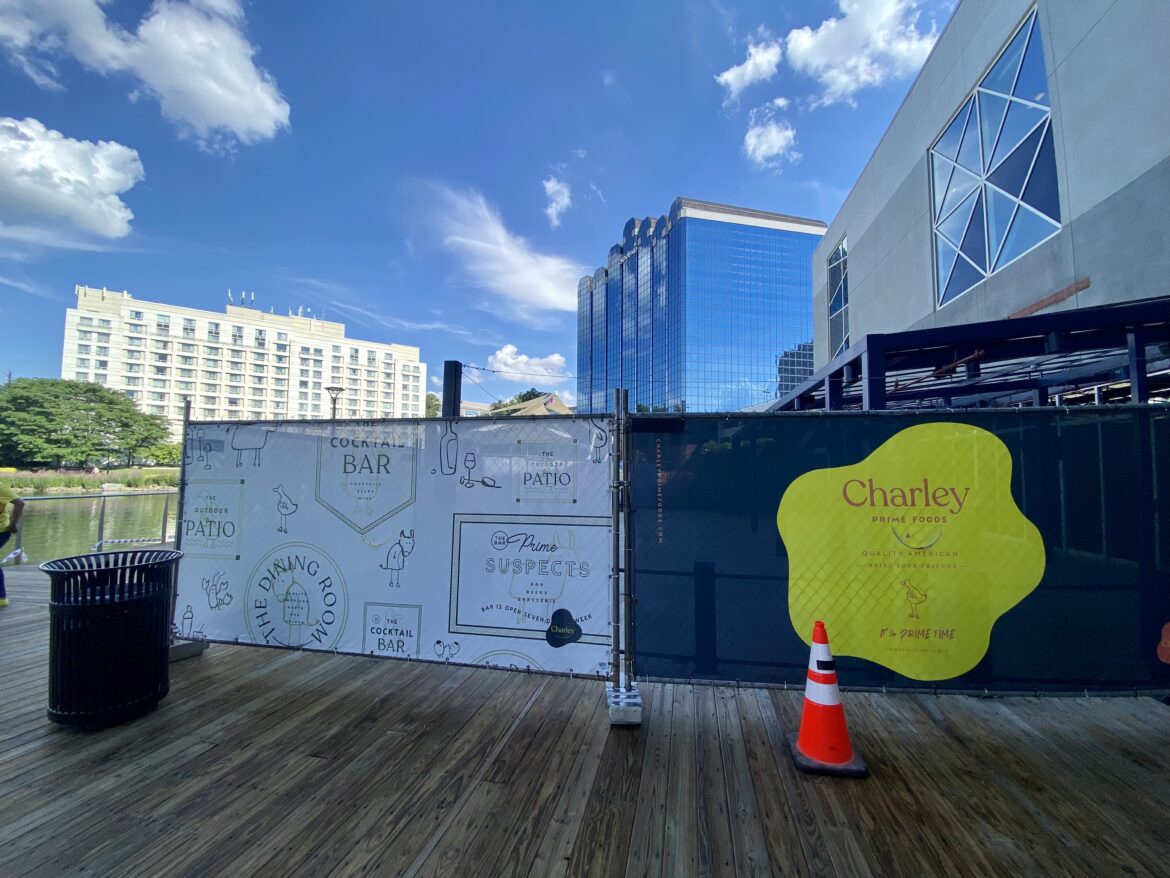 Lakeforest Mall Update:
WRS Inc., a real estate investment firm based out of South Carolina, that purchased Lakeforest Mall and all four anchor sites, held an informational meeting on Thursday evening to share some early plans for what will take the place of the mall. WRS purchased the core, ponds, and forest conservation of the mall back in 2019 and added the four anchor sites earlier this year, spending a total of $75 million to acquire Lakeforest Mall. This evening they announced that they have worked with the City of Gaithersburg since March and plan to submit their zoning application and sketch plan in the next couple weeks.

The target date for demolition of the mall and the start of new construction is currently 2024, with a more specific date to come after the approval of sketch plans. The sketch plan requires at least 35% “green space” and WRS stated that initial sketches are currently at a little more than 35%. Green space is defined as trees, grass, walking/biking areas, etc.
Click here to read the complete article. 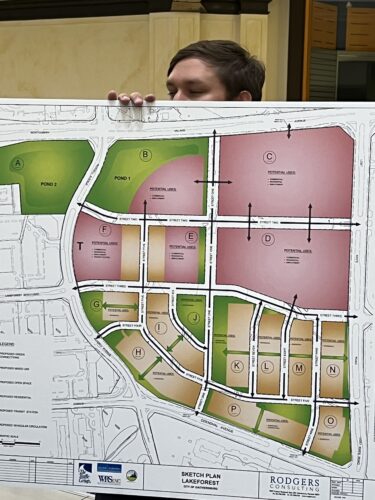