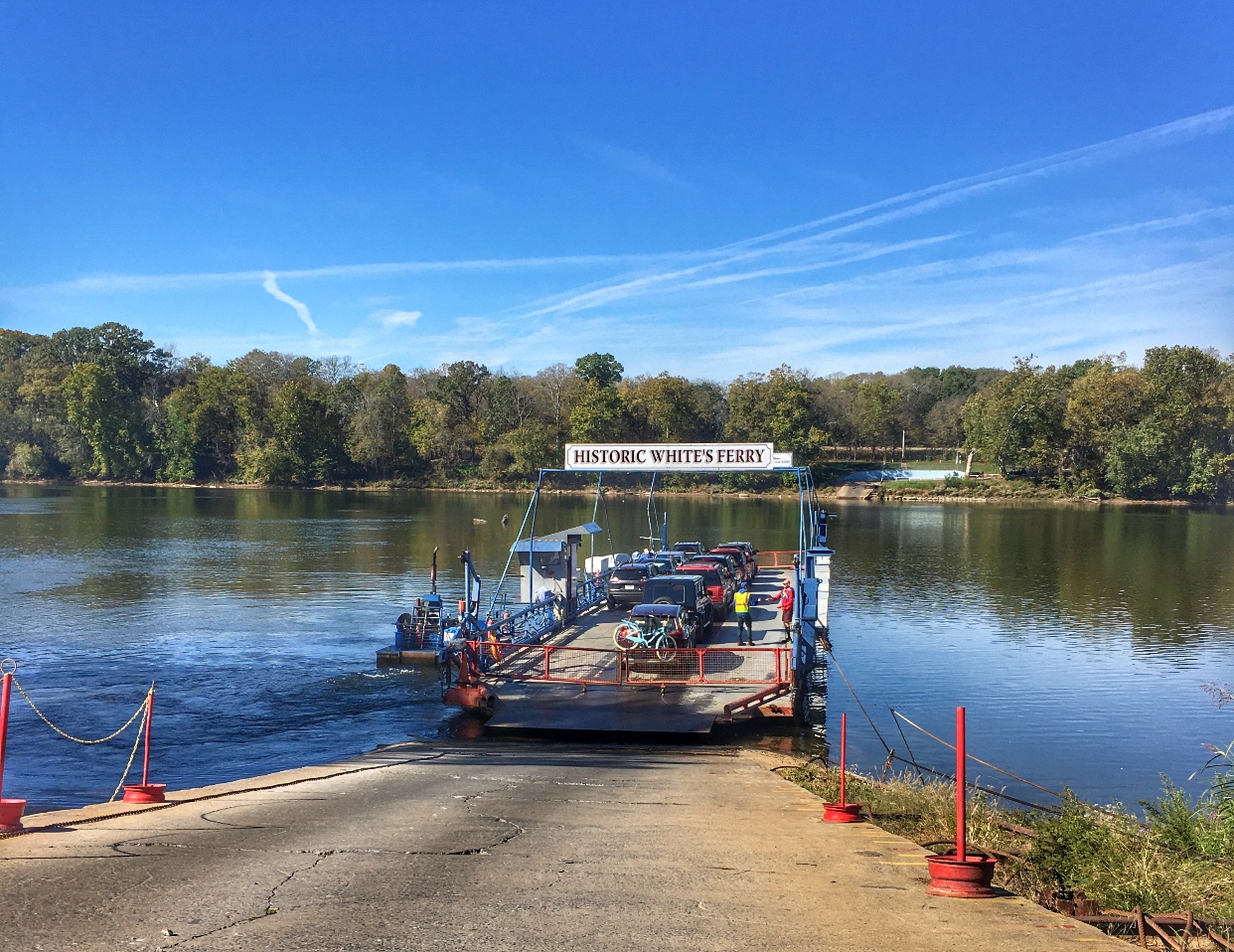 Earlier today White’s Ferry announced that is had ceased operations after the Circuit Court of Loudon County ruled that no public landing exists on the Virginia Shoreline at White’s Ferry Road, prohibiting the ferry from landing at that location in Virginia.

Historic Rockland Farm, no association to Rocklands Farm Winery in Poolesville, has released a statement via their social media explaining their side of the story.

“In 1871, Loudoun County condemned a landing at Rockland Farm of 1 perch by 16 perches for a Ferry landing called Conrad’s Ferry. At that time there were many ferries that crossed the Potomac River between Virginia and Maryland such as Edward’s Ferry and Sphinx Ferry. Unfortunately, there are no records that show where the condemnation for Conrad’s ferry occurred. In 1947, Elijah White wanted to reopen Conrad’s Ferry under the name White’s Ferry after a terrible flood which had closed Conrad’s ferry for a long time. They sent a letter to Rockland Farm acknowledging that they had no right to use Rockland’s property for the landing and asked the owners of Rockland Farm, for an agreement. In 1952, Elizabeth Rust Brown and Stanley Noel Brown, owners of Rockland Farm entered into a licensing agreement with White’s Ferry for $5.00 per year for the use of a landing at Rockland Farm so long as the ferry landing was never changed or enlarged under its current configuration. Since that time, White’s Ferry evolved from being a small operation of a few cars per day to a major commuter route.

Sixteen years ago, on July 4th weekend, White’s Ferry (without prior notification or permission from Rockland and without obtaining any government permits) unlawfully enlarged the ferry landing and built structures on Rockland. So doing violated a license agreement between White’s Ferry and Rockland that had been in place for more than half a century. Since then Rockland has been attempting to work out some fair arrangement with the owners of White’s Ferry. In response, all White’s Ferry has done is to delay, delay, delay, all the while making millions of dollars off the use of Rockland. Finally, after being stonewalled time and again by White’s Ferry, Rockland had no choice but to file suit on December 2, 2009. After many attempts to settle the case out of court which delayed the trial by years, the suit was decided in Rockland’s favor on November 23rd, 2020. The court definitively ruled that the owners of White’s Ferry had been and are trespassing and are no longer able to make use of Rockland without Rockland’s permission.

Since that decision over four weeks ago, Rockland Farm has made numerous attempts to reach White’s Ferry in order to negotiate a fair and equitable solution that will keep the ferry running. Rockland has offered to purchase White’s ferry, to be paid rent for its land, and to consider other arrangements that will keep the ferry running. On multiple occasions, White’s Ferry told Rockland Farm that it would get back to Rockland on certain dates, but missed their own deadlines. Multiple attempts to reach White’s Ferry have gone unanswered. All the while White’s Ferry continued, unjustly and now in violation of a court ruling, to make money off of the use of Rockland.

Washington is One Win Away From the Playoffs