Man Charged With Using Vehicle to Murder His Wife

Per the Statement of Probable Cause from the Office of the State’s Attorney:

On January 14, 2022, patrol units responded to the Capital One Bank at 13301 New Hampshire
Avenue, silver Spring, Montgomery County, Maryland. Upon arrival, units located a female victim in the parking lot. The female victim was pronounced deceased on scene and identified as Alka
Himanshu Tanna.

The suspect, identified as Himanshu Maganlal Tanna (A/M, DOB 2/16/1962) , was
located on scene in his white Lexus SUV. The Lexus had collided with a light pole in the
parking lot of the above address.

Upon officer’s arrival, the suspect was placed in custody and transport to Police Headquarters for an interview. Witnesses on scene stated that the victim had exited the Capital one Bank and had begun to walk in the parking lot. The suspect then drove his vehicle at a high rate of speed and struck the
victim. The victim fell to the ground and the suspect struck the victim with his vehicle a second time.

The suspect then continued to drive and struck a pillar on the bank building before striking the light pole.

On January 14, 2022, the I/0 along with Detective Kwarciany met with Himanshu Tanna at Police Headquarters. Tanna was advised of his rights via an MCP 50 and indicated that he đid understand his rights. Tanna then stated that he had been married to the victim, Alka Tanna, for approximately fourty years.

On January 14, Himanshu and Alka Tanna travelled to the bank together to make a deposit. Tanna stated that when Alka exited the bank, he did drive his vehicle forward and struck Alka two times with his vehicle. Tanna also stated that the victim
was on the ground after the first strike and he did run her over with his vehicle.

Tanna stated that over the past three years, the co-owned beer and wine store that he owned with his wife had begun to have financial issues. The lease had recently come up for renewal and Tanna was resistant to renewing the lease.

The victim was heavily in favor of renewing the lease. Tanna additionally stated that he and the victim kept $200, 000 in cash in their house. Recently there
had begun to be money missing from that $200,000.

Tanna stated that the victim spent that money,
however she refused to give him explanations on what she spent it on.

All of the above events occurred in Montgomery County, Maryland. 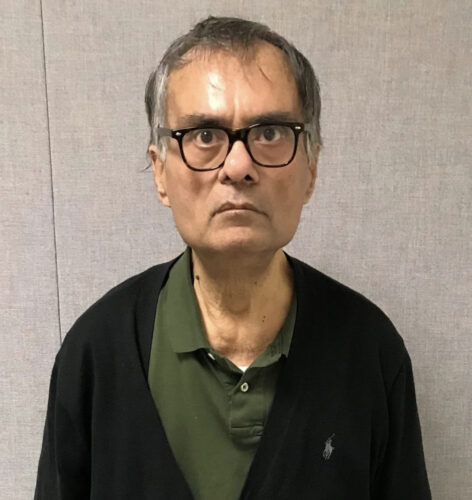 Royal Farms in Gaithersburg Opens in One Week