Police Responded To A Bomb Threat At Churchill High School This Morning,  Building Determined To Be Safe 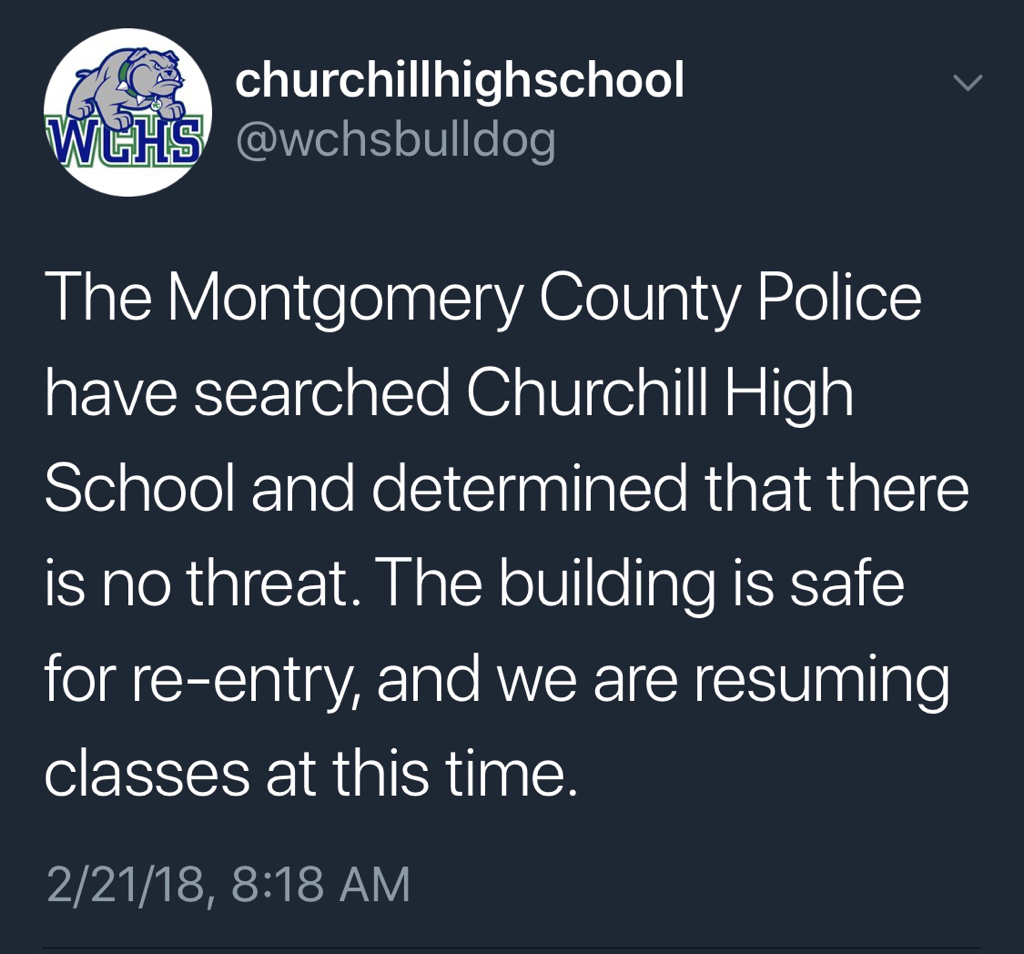 This morning, a call was made to Churchill High School in Potomac saying there is a bomb in the school, according to an e-mail sent by Churchill principal, Joan Benz.

I’m told students were moved to the football stadium until Montgomery County Police responded to the call and determined that there is no threat. According to the official Churchill High School twitter account, students have re-entered the building and classes have resumed.