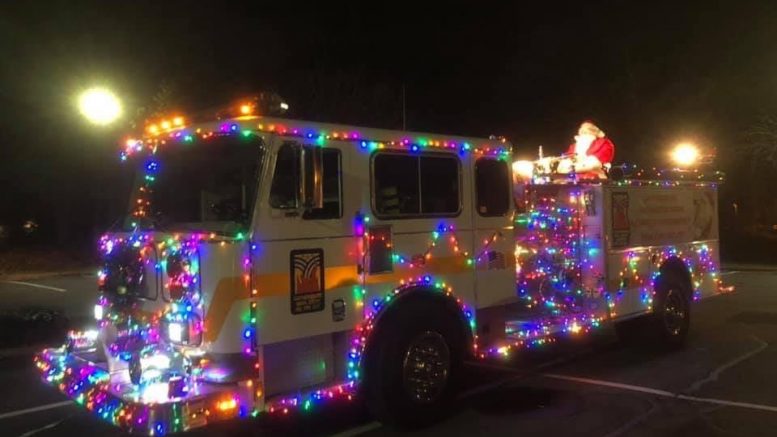 Santa’s route will take place over several days, starting on December 4th and going until December 19th. The date of each route is provided when you click on the route (each color is a different day).

More information about the the Gaithersburg-Washington Grove Volunteer Fire Department:

We are a “combined” department. Career firefighters, who are employees of the Montgomery County Fire Rescue Service, make up the backbone of our firefighters, paramedics and emergency medical technicians. Volunteers supplement this staffing, primarily on nights and weekends.

Many of our volunteers are are involved as operational firefighters and emergency medical technicians. Others provide administrative and auxiliary services.

The GWGVFD operates two stations. Station 8, on Montgomery Village Avenue across from Lakeforest Mall, is the busiest station in Montgomery County. Station 8 quarters three pieces of fire apparatus, Paramedic Engine 708, Ariel Tower 708, and Brush Truck 708. In addition, station 8 also houses 5 EMS units, two ALS and three BLS. They are Medic 708, Medic 708B, and Ambulances 708, 708B and 708C. Station 8 also has a number of other vehicles in its large fleet such as, two chiefs buggies, three utility vehicles, a canteen unit, three bike teams, a BLS transport cart, and our well know fire safety house.