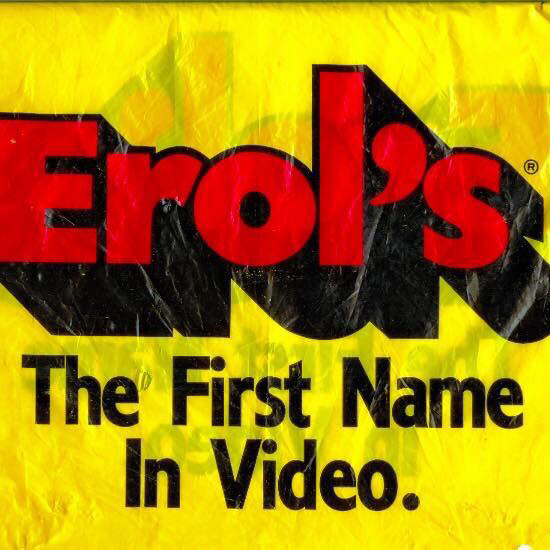 Courtesy of @ErolsVideo Twitter
If you grew up in MoCo (or anywhere in the D.C. Metro area) in the 80s or early 90s, you probably either had internet or a movie rental membership from Erol’s.

Erol Onaran, a Turkish immigrant, started a video rental and electronic sales and repair company in the DMV area in the early 80s. The company, which reached 250 stores on the east coast, was sold to Blockbuster Video for $40 million in the early 90s.

Soon after, the Onaran family purchased one of the electronic repair shops back from Blockbuster and began servicing computers as well. With the money they received from Blockbuster, Erol’s created an internet service provider known as Erol’s Internet and bundled it with the computers they were repairing. Erol’s internet was one of the most popular ISP’s in our area, just behind then nationwide leader, AOL. In the late 90s, the Onaran family sold the Internet portion of the company to RCN.

Erol Onaran passed away in 2005 and the last Erol’s repair shop closed a couple years later.

Be the first to comment on "The History Of Erol’s"