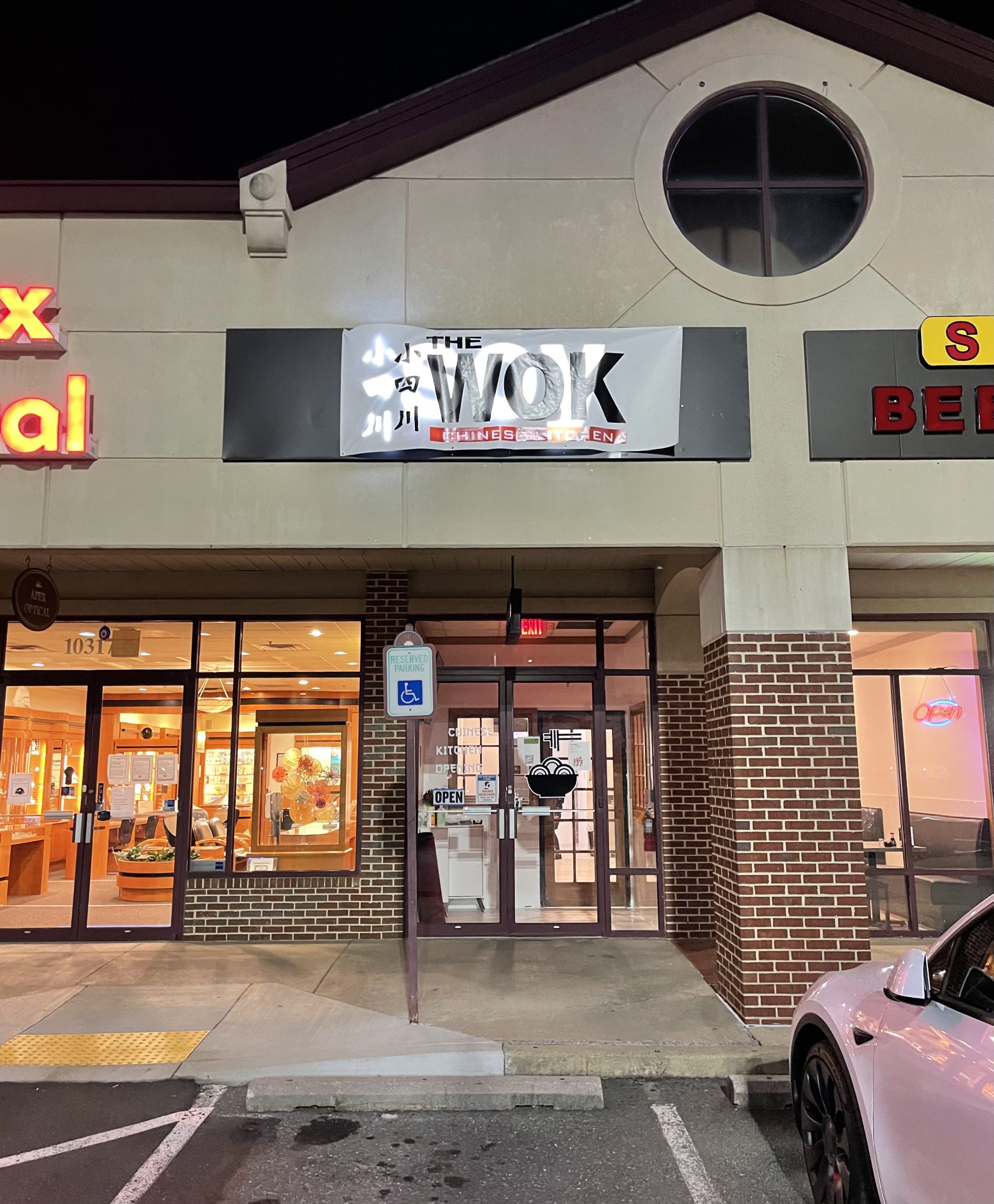 Fu Shing Cafe closed permanently in Westlake Crossing, the shopping center next to Montgomery Mall, in July of 2019.

Soon after Soy Kitchen was announced as the restaurant that would be taking its place, and after over a year of waiting… a new restaurant has taken over.

The Wok Chinese Kitchen has put temporary signage over the Soy Kitchen sign that had been up for months and has opened at 10315 Westlake Drive.

The Wok Chinese Kitchen’s hours are:

The menu can be seen here.