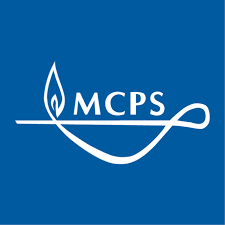 1/28 MCPS BOE Meeting Updates: “Very Real Hope and Expectation” of Return on March 15, Small Groups and Individual Students May Return as Early as the End of February

Today (1/28), the Board of Education met virtually; one major item of discussion was the Opening Schools in Recovery of Education.

Superintendent Smith opened by announcing that the board is continuing to make all the final plans (per the board’s resolution on January 12) to move forward with a phased in opening [for all interested students] on March 15.

He acknowledged the governor’s directive and shared the following:

While we are adjusting plans to begin instruction on March 1, we are still very much focusing on how we would make plans appropriate on how we plan to return in a healthy and safe environment- that’s the most important and that’s what we’re going to focus on.

It was announced at this meeting that some individuals and very small groups (ranging from 1-3 students) may be brought back into buildings as early as the end of February.

Smith mentioned that MCPS has made “lots of turns in the right direction to help with that” and mentioned that vaccinations have become available to some staff members at this time.

Per the board meeting slides:

Mr. Turner provided an update about current health metrics; per the MCPS Covid dashboard, the 14 day average case rate per 100k people is 35.1.  At the prior meeting, it was around 40. 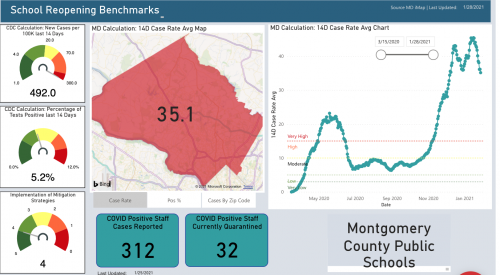 A safety operations update outlined precautions that schools will take when students return. An example of these precautions include:

More information will be shared at the February 9 board meeting. Some expected items of discussion:

At the February 23 meeting, the BOE expects to have a recommendation about the March 15 phase in of a larger population of students.

Overall, the key message that was shared: “We move towards March 15 with the very real hope and expectation that we will be able to bring students back in.”

Be the first to comment on "1/28 MCPS BOE Meeting Updates: “Very Real Hope and Expectation” of Return on March 15, Small Groups and Individual Students May Return as Early as the End of February"